Governor Rick Scott is defending his decision to remove State Attorney Aramis Ayala from death penalty cases. Attorneys for Scott argue the Florida Supreme Court should dismiss Ayala’s claims that the governor unlawfully moved the cases to another prosecutor. 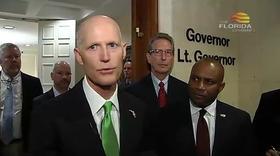 In court filings, Orlando prosecutor Aramis Ayala said she has discretion as to whether she charges a defendant with the death penalty. She said she won’t ask for it while she’s in office. 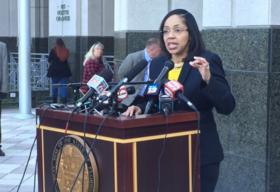 Scott in response said that’s a promise not to exercise discretion. He also argues he has the power to reassign those cases to make sure justice is done and that he’s not requiring the prosecutors to ask for the death penalty.

Listen
Listening...
/
4:12
Click here to listen to the conversation between WUSF's Steve Newborn and Amy Sherman of PolitiFact Florida

The swirl of controversy after the decision by Orange County State Attorney Aramis Ayala not to apply the death penalty in cases assigned to her has filtered down to a discussion of cases on Florida's death row.