Gas Prices On The Rise In Florida

AAA reports Florida has the 16th cheapest gas in the U.S.—that’s including a seven cent increase across the state. 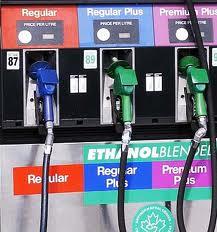 Prices at the pump rose this week as a result of oil and wholesale prices.

Mark Jenkins with AAA said the increase will probably last through the end of the summer.

“…It wouldn’t be a surprise to see gas prices move higher here in the next month or so as we head to toward the end of summer,” he said. “But by Labor Day and after, we should see gas prices coming back down because demand will soften a bit, people aren’t driving as much, but production should still remain very strong.”

Prices are about the same as this time last year, Jenkins said.

Regardless, Jenkins said the increase won’t hit pockets too hard.

“We’re still seeing gas prices that are about where they were last year, just a little bit higher, but they’re not anywhere near $2.50 or $3.00 which is where they were several years ago.”

“People are still saving money at the pump when you compare it to years past so I wouldn’t expect it to have that big of an impact.”

Jenkins said the increase will most likely go back down after the summer driving season is over.

Drivers got a taste of freedom from high prices at the gas pump over the long Independence Day weekend. But these low prices may soon be a thing of the past.

Gas prices have been flirting with going under the $2-a-gallon mark for a couple of weeks now, and were at their lowest price for the July 4th holiday in over a decade.

Listen
Listening...
/
0:46
Excerpt from the story, read by Lisa Peakes, All Things Considered.

Floridians planning a long day trip for the Memorial Day holiday can breathe a little easier.

AAA, the auto club, released a report estimating that Memorial Day gas prices will be the lowest they’ve been for the past 11 years.