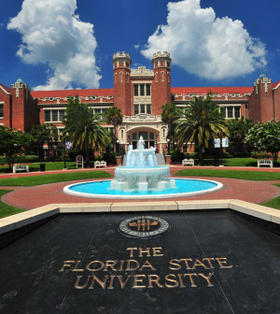 The council that governs most fraternities in North America has voted to ban hard alcohol in chapter houses and at events. A Florida State University official is calling that a “step forward.”

The North-American Intrafraternity Council adopted its new health and safety standards at a meeting just weeks ago. Among new guidelines is a ban on alcohol above 15 percent by volume. Amy Hecht, vice-president of student affairs at FSU, says that’s encouraging.

"There’s still some questions surrounding exactly the nuances of banning hard alcohol in IFC, Intrafraternity Council, but that is a good step forward," Hecht said. "So we’re interested in continuing that conversation on our campus, and I know there’s more to come there too."

On its website, the IFC says the change came because the majority of hazing and over-consumption deaths have involved high-percentage alcohols. Its more than 6,000 chapters will have until September of 2019 to implement the policy.

Meanwhile, the Florida University System Board of Governors is talking student mental health, drugs and alcohol this week. Hecht says the school reevaluated how it works with student organizations after the death of a fraternity member in 2017.

"We’ve also started training our advisors and our students on resources for any number of challenges their members can have – whether they be mental health, drug and alcohol addiction, eating disorders – so that they’re best equipped to get their members to a safe place.

Hecht says the idea is to give student organization leaders best practices to use, because they often operate off-campus. Andrew Coffey, a Pi Kappa Phi pledge at FSU, died at an off-campus party after drinking a bottle of liquor in a sanctioned fraternity event. Despite making changes, another FSU fraternity member is being investigated for an April assault that left a fellow member’s skull fractured.

FSU Facing Another Lawsuit Regarding Gun Storage In Vehicles

Florida State University is now facing another lawsuit over guns—this time, over the storage of rifles and shotguns in a vehicle on campus. It builds on a previous suit filed by a gun rights group a few years ago.

Defense attorneys in the Andrew Coffey hazing case have asked the court to drop charges against their clients. Even after a judge granted the defense’s request for more specific charges, one attorney says the prosecution still can’t say exactly what his client did to cause Coffey’s death.