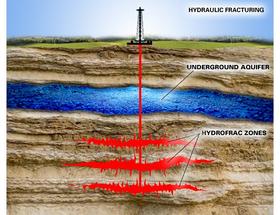 Republican Sen.-elect Dana Young of Tampa is filing a bill outlawing the controversial oil and gas drilling technique and says she will make it a priority.

“I’m so pleased that we’re starting at this conversation point, where there’s a recognition that this particular method of extraction is not one that we need here in the state of Florida.”

Ross says she’s working with Republican Representative Mike Miller of Winter Park on a fracking ban companion bill. And Senator Anitere Flores of Miami, another Republican fracking opponent, is about to become second in command.

Fracking Bill Clings To Life After Pushback In Senate Appropriations

One of the most controversial bills in the 2016 legislative session was put on life support Thursday in Senate Appropriations.  Hanging in the balance could be the future of the oil and gas industry in Florida, and, critics insist, Florida’s environment.

The state House approved a bill Wednesday that would create regulations for fracking despite strong opposition from Democrats who said the oil and gas drilling practice could contaminate groundwater, damage the environment, make people sick and hurt Florida's tourism industry.

The Florida League of Cities is dropping its opposition to a highly controversial fracking bill after Republican sponsors and their industry allies agreed to give local officials some say over where oil and gas drilling could occur.