Flying From Key West To Cuba And Back 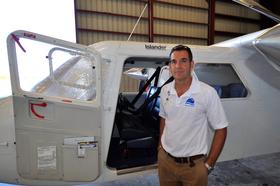 Listen
Listening...
/
Air Key West flies a weekly round trip flight from Key West to Havana on a 10 seat plane. Ten international passengers is all the Key West International Airport can handle at a time. The airport is expanding that capacity in an effort to grow its international business, possibly including Cuba.

Rob Valle used to fly fighter jets for the U.S. Navy. Now he flies charter flights for his company Air Key West. Since late March that has included a weekly scheduled flight from Key West International Airport to Havana. He fits nine passengers, including one in the co-pilot seat next to him. They pay $525 for the round-trip flight.

"I have a lot of hopes and expectations for Cuba. There was a lot of curiosity that I think was pent up through the years," Valle said. "We've gotten a whole lot of calls. I think there's a whole lot of interest of people wanting to go down to Cuba and check it out."

With last year's announcement by President Obama to expand travel opportunities, Americans still cannot visit the island for purely tourism reasons. Valle says most of his passengers have family in Cuba. Despite the travel restrictions, he was confident enough the demand for flights to Cuba will continue to help afford his $1 million Air Key West plane.

A Look Inside The Plane Flying Key West to Havana 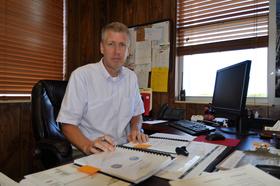 "This is the thing that all airport managers face," says Monroe County Director of Airports Don DeGraw. "Build it and will they come? We're confident even if we build it and we don't see the immediate effects, just having a new upgraded larger facility is going to set the stage for the future."

How important is Cuba in that future?  Especially if more major air carriers open new routes from larger airports? Valle doesn't think the major airlines will present much competition. "I think the pain factor is a lot less flying out of Key West."

Imagine a U.S. President came to the Summit of the Americas and, while criticizing the government of a certain oil-rich South American nation, remarked that he does enjoy Venezuelan salsa singers like Rubén Blades.

He’d be the butt of jokes on late-night Latin American TV – because Blades is Panamanian, not Venezuelan.

Lithuanian photographer and entrepreneur Marius Jovaisa loves a challenge.  He participates in triathlons and marathons. So when it came to work projects, he decided he wanted to become the first person on earth to take aerial photographs of Cuba.

After five years of negotiating red tape to gain the permissions needed to fly over the places he wanted to photograph and spending $1,000,000 U.S. on this project, he said he wakes up sometimes and can't believe it's done.

In Florida and in Tampa Bay, ties to Cuba run very deep. In March, federal officials participated in a forum with community leaders in Tampa to discuss what may lie ahead, as some restrictions on travel and trade have been eased under changes announced earlier this year by the Obama administration.

Some Tampa Bay area business leaders have wanted better relations with Cuba for years. What lies ahead as relations between Cuba and the United States are changing?

NPR's Audie Cornish talks with Ted Henken, professor of Latin American studies at Baruch College, CUNY, about Airbnb's entry into Cuba. Henken sees it as a brilliant move by the company, one that benefits both the U.S. and Cuba.

Are Cuban-Americans softening their views toward the hated Castro regime that continues to rule the island 90 miles from Key West?

Perhaps not, but a new poll from a Miami-based firm suggests that opposition to President Obama's initiative opening new ties with the Communist country is softening. A bare majority of Cuban-Americans back Obama's move, but that doesn’t mean anti-Castro politics aren't still a winner in Florida.