Florida Tax Watch is calling for Governor Rick Scott to veto money for more than 100 projects it calls “budget turkeys” that didn’t go through the legislature’s proper vetting process. But the watchdog group says the process was more transparent this year.

The House and Senate each come up with budget proposals and then have conference committee meetings to negotiate a compromise budget deal. 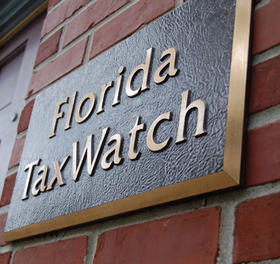 KurtThis year, both the House and Senate agreed to new transparency rules that local project legislation be filed separately and included in either chamber’s budget proposals. Kurt Wenner of Florida Tax Watch said that was an improvement over previous years. But he also criticizes the lack of transparency of the conference negotiations.

“I think it’s certainly hard to say that the budget process as a whole was more transparent and accountable that it had been," he said. "You know, we had just huge portions of the budget, including the entire Health and Human Services budget, that the differences were negotiated by the speaker and the president behind closed doors.”

Tax Watch’s “budget turkeys” total about 178 million dollars. But Wenner said there’s fewer turkeys this year. He said that’s partly because lawmakers changed most projects into one-time appropriations. That means legislators who need money for projects over multiple years have to keep requesting the money each year instead it being automatically funded.

“Of the 111 budget turkeys, 79 of them was in DOT’s budget," he said. "Local member projects that weren’t vetted through the department’s work program and since they aren’t in the work program, they can negatively affect those that are.”

Tax Watch also encourages the governor to closely look at the water projects, housing projects and school enhancements in the budget, but those are not considered turkeys.