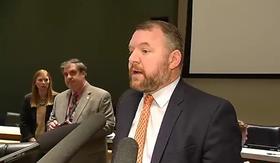 “His priorities align with a lot of the Senate priorities, including the environment as well as higher education,” said Bradley, speaking to reporters. “There are some policy disagreements between the Senate and the governor on higher education. But, his overall financial commitment is something that we’re very comfortable with and we’re excited to work with him.”

Earlier this month, Bradley stepped into a new role as chair of the Senate Appropriations Committee, after Clearwater Republican Senator Jack Latvala stepped down amid sexual harassment allegations.

Florida Gov. Rick Scott is sending his final round of budget recommendations to state legislators.