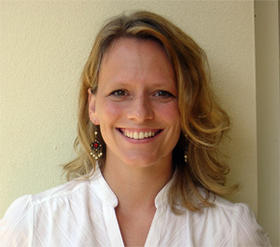 The Hillsborough County Sheriff’s Office and a University of South Florida anthropology professor are developing a forensic research site, where investigators could study how the humid climate and sandy soil affect human corpses, The Tampa Tribune reports.

It would join a handful of similar facilities across the nation, USF Anthropology Professor Erin Kimmerle told The Tribune. Now, Hillsborough deputies travel to Tennessee for this research, The Tribune reports.

UPDATE 3/18/15 10:45 a.m.
Updated headline to indicate the Florida Department of Law Enforcement will conduct "an inquiry" and not "an investigation" into USF's findings.

In an email sent to WUSF 89.7 News Wednesday morning, FDLE Communications Director Gretl Plessinger said, "We are conducting a preliminary inquiry to assess any new information from the January USF report.  If there is criminal predicate, we will open an investigation."

ORIGINAL POST 3/17/15 5 p.m.
With a single sentence, the Florida Department of Law Enforcement indicated it will look into what investigators from the University of South Florida have turned up at the Dozier School for Boys in the Panhandle town of Marianna.

Two more sets of remains were identified today from the Dozier School for Boys.

Agriculture Commissioner Adam Putnam is asking the head of the Florida Department of Law Enforcement to evaluate new findings in the history of students at the former Arthur G. Dozier school for boys.

In a letter dated Wednesday, Putnam — who is one of three members of the Florida Cabinet — cited a recent report by researchers at the University of South Florida.