President Donald Trump is alleged to have passed classified information to the Russians. It's also alleged he tried to get the former FBI director to end the Russia investigation. The White House denies that either happened. 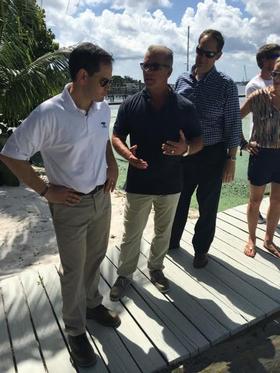 “Unless you were there, no one knows entirely what happened," he said. "So, we need to establish facts before we jump to conclusions. And whatever the facts are, I’m going to always do what’s right for the United States of America first and foremost.”

Rubio ran for another Senate term pledging to stand up to Trump. Miami Rep. Carlos Curbelo said the president may have committed a crime.

Curbelo said the truth must be exposed.