With little comment, the House voted Friday to eliminate the red-light camera statute that lawmakers have targeted since the Mark Wandall Traffic Safety Act of 2010 was created. 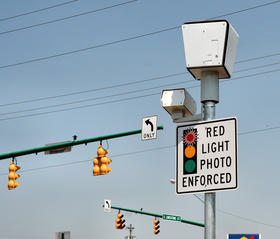 The proposal (HB 6001) now awaits action from the Senate, which in the past hasn’t been as supportive of overturning the law allowing the use of red-light cameras in traffic enforcement.

An identical measure in the Senate (SB 548) has yet to appear before any of four scheduled committee stops.

"My position is we always want to add crash avoidance to a number of intersections in Jacksonville, and we were not able to do that successfully," Williams said in August, according to our News4Jax partner. "As we dug into it in, the red light camera industry, that technology is not there yet."

Shortly after Friday’s 83-10 vote, House Speaker Richard Corcoran said the use of red-light cameras needs to come to a halt due to “the failure and corruption” of the law. “Having reviewed years of data… it is clear that red light cameras are more about revenue than public safety,” Corcoran, R-Land O’ Lakes, said in a press release.

On Thursday, Rep. Blaise Ingoglia, one of the bill’s sponsors, said nearly half the money collected from red-light violations goes to vendors that provide the cameras.

Under the proposal, the repeal would prevent the Florida Department of Highway Safety and Motor Vehicles and local governments from using the cameras for traffic enforcement, starting in 2021. The House estimates that lifting the law would save drivers $159 million a year.

Florida Justices To Weigh In On Red Light Cameras

The Florida Supreme Court will weigh in on red light cameras after the Legislature decided not to pull the plug.

A legislative effort to ban red light cameras throughout the state of Florida is back. But, as in years past, it’s sure to encounter opposition from one of the cameras’ original champions.