It looks as though Florida’s reputation as a friendly place to retire remains secure.

A report out this month from bankrate.com ranked Florida as the fifth most attractive state in the union in which to retire.

Bankrate.com looked at a variety of factors including the cost of living, crime, taxes and weather in coming up with its rankings.

South Dakota came in at number one followed by Utah, Idaho and New Hampshire.

The authors wrote, “[Florida] residents enjoy an average annual temperature of 70 degrees, making trips to beaches in Clearwater and Miami paradisiacal. The Sunshine State, another low tax haven, ranks just outside the top 10 in well-being.”

However, bankrate.com cited health care as a “major concern” for retirees in Florida, who according to the report, will spend an average of $280,000 on health care costs – and that doesn’t take into account long-term care that some people will need in their senior years.

New York was ranked as the worst state to retire in, coming in dead last for its cost of living and ranking 49 for taxes. 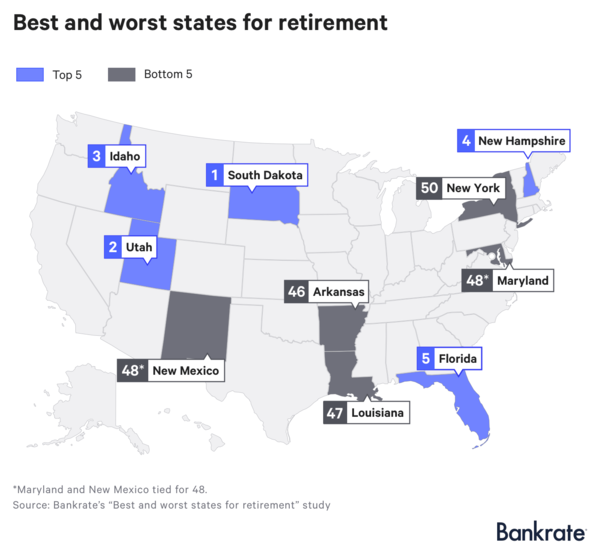 Additional information about the report is available on this bankrate.com webpage.