Florida homeless agencies are working to shelter people in the state. But proposed cuts to the Department of Housing and Urban Development could leave the state with fewer federal resources. 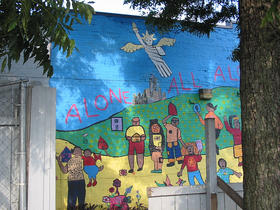 “So a loss in revenue from the federal government could be devastating and for individuals it could place them at a higher risk of death or long term homelessness,” she said.

“We attempt to shelter and permanently house on very little," she said."So those numbers have to be split within every county in the state.”

Gov. Rick Scott has 15 days to sign off on the budget.

7 Arrested While Feeding Homeless In Tampa

Tampa police say they arrested seven people from a group that was serving food to the homeless without a permit.

Elections 2016: The Tug Of War Over Florida’s Affordable Housing Fund

“Everything went well,” Jesse Scott said with relief as he walked out of his interview at CareerSource Capital Region, an employment and training center in Tallahassee.

“There's a lot of people that live on [the] edge. Many Floridians do base their livelihood on making a 40-hour work week each week,” Scott said. “If something interrupts that, you can fall between the cracks.”

Homelessness is on the decline across the United States. In Florida, the homeless population decreased at a record rate in the last year, with more than 2,300 homeless Floridians moving into shelter in 2016. Invisible among these encouraging numbers, however, are the growing number of homeless teenagers in the state.