Three years ago a blistering assessment by a national advocacy group prompted the Florida Department of Transportation to get serious about making the state’s roadways safer for pedestrians and cyclists. After four Florida metropolitan areas were ranked as the most dangerous for pedestrians, FDOT leaders began to consider making design changes such as building narrower lanes.

Proponents of narrower lanes argue that wide, open lanes encourage motorists to hit the gas and endanger pedestrians, while narrow lanes force motorists to slow down.

So when Smart Growth America’s 2011 Dangerous by Design report named Orlando the most dangerous and Miami came in fourth, state officials knew they had to do something. 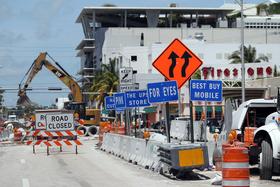 Listen
Listening...
/
Press listen to hear the audio version of this story.

FDOT Secretary Anath Prasad lured District Secretary Billy Hattaway back to the agency from the private sector after that report was released.

“He does not want our state on that list,” says Hattaway, who’s charged with leading the agency’s statewide initiative to improve pedestrian and cyclist safety.

Now the agency is starting to make some changes to the way suburban streets and busy downtown corridors are designed.

A prominent city planner based in Washington, D.C., recently took FDOT to task for its current high-volume street design model. In an article in The Atlantic City Lab, Jeff Speck describes FDOT as “the agency that may preside over the greatest pedestrian massacre in U.S. history.” And Speck argues this is by design since “in no other state has the DOT had such a powerful influence on the design of urban streets.”

He stresses that he wants FDOT to think narrower when it comes to high-volume street design because, he says, wider lanes lead to more pedestrian fatalities.

For Speck it's pretty simple: We determine how fast to drive based on our environment.

"I believe the principal reason why there's such a high death rate among pedestrians in Florida is because so many of our downtown streets have been designed to highway standards,” says Speck. “Most of the major cities in Florida have state highways... running through their downtowns."

But that’s something FDOT hopes to change.

In September, FDOT adopted a complete-streets policy that acknowledges the role of context in road design.

“We do have to change the way we do design,” says Hattaway. “We have had what I would describe a one-size-fits-all approach to designing streets and highways.”

The standard lane width is 12 feet, but FDOT is currently looking at high-capacity urban roads throughout the state to determine where 11 or 10 feet lanes might be appropriate.

Hattaway says the 12-foot standard would generally remain for rural roads and those with speed limits of 45 miles-per-hour or more, but suburban streets could see an 11-foot standard and downtown thoroughfares could drop down to 10 with a few exceptions. 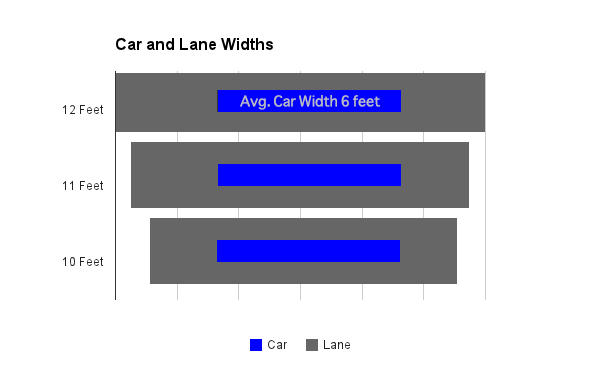 But for this to work, Hattaway says, local governments need to consider urban design changes as well.

FDOT’s plan also calls for what are known as road diets where say a six-lane road will become a four-lane road, and the agency is increasingly installing roundabouts.

When Smart Growth America released its 2014 Dangerous by Design report, four Florida metropolitan areas still topped the list as the most dangerous for pedestrians. Miami remained fourth on the list, and Orlando still came out on top.

Hattaway acknowledges that it will take time for the new safety measures to have a measurable impact, but he says FDOT is committed to the effort.

“We’ll be the third largest state soon,” says Hattaway. “We’re expecting 100 million tourists this coming year. We want people to perceive our state to be a safe place for pedestrians and cyclists.”