The Florida Department Of Corrections has started evacuating some of their smaller facilities in South Florida.

While institutions are stocking up on more water and food supplies, some satellite facilities, community work release centers and work camps are evacuating to other DOC facilities. As of Thursday, 5400 inmates had been evacuated according to Michelle Glady, director of communications for the DOC.

“Evacuation determinations are made in the best interest of the inmates and public safety,” wrote a DOC representative in a press release. “Safety of FDC staff and inmates is paramount. The Department is working around the clock to take necessary precautions for the storm.” 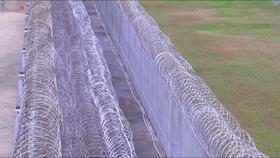 The Department Of Corrections will only announce additional evacuations after they are completed and the location of inmates who have been relocated will be reflected online within 24 hours. This delay is generally due to security concerns.

Visitation to all institutions has been cancelled for the weekend.

We will update this post with any additional evacuations as they are announced.

Lake Okeechobee is currently at 13.7 feet, which is a slight increase over the course of the week, despite days of water releases into the estuaries surrounding the lake.

While the U.S. Army Corps of Engineers does not at this point believe the aging Hoover Dike is at risk of breach, there are three places where they expect significant amount of water to splash over and potentially stream over the top of those sites.

As Hurricane Irma approaches, authorities are encouraging residents to know whether they live in an evacuation zone, so they know when it’s time to leave.

The National Hurricane Center says Hurricane Irma has strengthened back into a Category 5 storm, as officials warned more than 5 million people that time was running out Friday and ordered them to evacuate ahead of the deadly hurricane as it followed a path that could take it from one end of the state to the other.