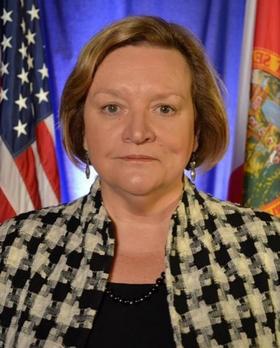 Florida Department of Corrections Secretary Julie Jones says she intends to fire the correctional officers involved in the murder plot of a former black inmate.

In a statement, Florida Attorney General Pam Bondi announced her office along with the FBI had arrested three members of the Ku Klux Klan—two of which are current correctional employees.

Florida officials say they planned to kill the former inmate in retaliation for a fight between the black inmate and 25-year-old Thomas Driver, a DOC employee.

Driver along with the other two, 47-year-old David Moran, and 42-year-old Charles Newcomb—a former prison employee—now face one state count of conspiracy to commit murder for allegedly plotting to kill a former inmate after his release from prison.

Driver and Moran worked at the Reception and Medical Center in Lake Butler.

The Attorney General’s office is expected to prosecute the case in Columbia County.

In a statement, DOC Secretary Julie Jones says the department does not tolerate racism or prejudice of any kind, adding her agency is working to “terminate the employees and assist in their prosecution.”

“We are moving swiftly to terminate the employees arrested today and working closely with Office of the Attorney General to assist in their prosecution.  Our Department has zero tolerance for racism or prejudice of any kind. The actions of these individuals are unacceptable and do not, in any way, represent the thousands of good, hardworking and honorable correctional officers employed at the Department of Corrections.” – Secretary Julie Jones

Department Of Corrections Workers Share Their View From The Inside

Florida prisons are getting a shake down after reports of corruption and prisoner abuse. Now Senators are asking those with an inside view to help give them a better understanding of what’s happening in Florida’s prisons.

For more than 20 years, the state of Florida and lawyers representing prisoners wrangled over inmates' health care, resulting in nearly a decade of federal-court oversight of health services in the Department of Corrections.

Now, lawyers who represented prisoners in the mid-1970s say conditions may be worse today than they were when attorneys for Michael Costello, an inmate at Florida State Prison, convinced a federal judge that inadequate health care amounted to a violation of Eighth Amendment protections against cruel and unusual punishment.

Florida’s prison system has been in the news a lot lately, between suspicious prison deaths, allegations of inmate abuse, and new reforms meant to address such abuses. But, some say the reforms are not enough and a change in leadership should be in store.

State prison officials did some major house cleaning this week, firing 13 people in the wake of widespread abuse allegations.

The Florida Department of Corrections on Friday announced the dismissal of three officers and two sergeants for punching and kicking a prisoner at Lancaster Correctional Institution.

Another officer was fired for a DUI arrest and another for driving with a suspended license.