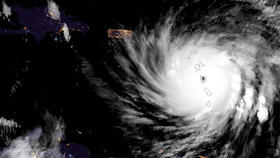 Florida Senate lawmakers are wary of Governor Rick Scott spending emergency dollars in the wake of Hurricanes Irma and Maria.  A Puerto Rican state senator is urging lawmakers to prepare for evacuees.

Orlando Democrat Victor Torres was moved to tears in a Senate appropriations hearing describing the conditions in Puerto Rico.

“Millions of Americans who are suffering daily, like my uncle—mi tio—due to lack of basic human needs,” Torres says.  “Members of this committee today, I ask you for appropriate action as if it was your family members who were suffering in the same circumstances.”

Torres has visited the island twice in recent weeks and says pictures can’t convey the level of destruction.  State officials say the number of people arriving and requesting aid at emergency assistance centers has jumped from four or five hundred a day to a thousand.

Meanwhile communities, particularly in South Florida, are still picking up the pieces after Hurricane Irma, and Latvala wants to get a handle on how much the storm will cost the state.

“One thing to note is that the state is actively pushing for the 90-10 cost share storm designation from FEMA,” Maul says.  “FEMA guidelines allow for this designation at a cumulative $2.7 billion threshold.  We believe we’ve passed this threshold already.”

Are People Getting Unemployment Help Post-Irma?

People who need unemployment assistance after Hurricane Irma might not be getting the help that is available to them.

The tab for Hurricane Irma keeps rising, and Florida legislators are warning that it could require some tough budget choices for next year.

Historic Island Pier Damaged By Irma Will Be Razed

A historic city pier on Florida's Gulf Coast that was damaged by Hurricane Irma will be torn down and rebuilt from scratch.

Hurricane damage to Corrine Brown's Jacksonville home has prompted her attorneys to ask for a delay in the former congresswoman's sentencing hearing on federal fraud charges, according to our News4Jax partner.