The Florida Highway Patrol says low pay and high turnover aren’t hamstringing  Hurricane Irma response. But a union official says it shouldn’t take a mass evacuation to remind lawmakers of the value of the FHP. 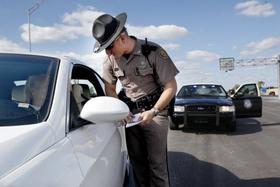 Traffic jams across the state trapped evacuees for hours Thursday, but FHP chief spokesman Captain Jeffrey Bassainthe says his agency has enough personnel to do the job.

“Well we have over 1,700 troopers staffed, so like I said, all personnel, office personnel, are out of the office, days off have been cancelled and we’re working 12-hour shifts. We want to ensure that we have maximum staffing and that we’re out there to assist the public into helping them get there safely.”

More than 900 troopers resigned or retired since 2010, about half the workforce, and FHP reported 240 vacancies this spring. Starting troopers make just $34,000 a year, well below neighboring states.

Florida PBA executive director Matt Puckett is confident FHP can handle Irma. But he says it shouldn’t take a killer storm to remind lawmakers how much their work is needed.

“It’s a shame that it took a storm like this to maybe get people to focus on it, we’ll take the focus, and hopefully, in the aftermath, we can start rebuilding the FHP like it needs to be.”

Governor Rick Scott is recommending $30 million for law enforcement and Puckett hopes to convince lawmakers to use some of it to create a step pay plan for lawmakers.

Florida Gov. Rick Scott has activated another 3,000 National Guard members to help with shelter operations and evacuations as Hurricane Irma barrels toward Florida.

Scott was in Jacksonville Thursday meeting with city officials about storm prep.

Floridians are flocking to stores to stock up ahead of Hurricane Irma. Some locations are struggling to keep supplies on the shelves.

Empty shelves typically stocked with water are cropping up on many Floridians’ social media feeds.  But one state official says the run on water is more panic than real peril.

The second-highest ranking officer in the Florida Highway Patrol is stepping down after acknowledging he wrote an email in May encouraging troopers to write at least two tickets per hour.

In the latest fallout from an ongoing investigation into whether troopers were told to meet a traffic-ticket quota, Lt. Col. Michael Thomas, a 30-year veteran and deputy director for the FHP, submitted a letter of resignation on Monday, indicating his last work day will be Friday.