Feds Shut Down Website Used By Floridians To Buy And Sell Heroin, Fentanyl

An internet black market used by some Floridians to buy and sell heroin and fentanyl has been shut down in an international law enforcement operation.

AlphaBay operated for more than two years on the “dark net” as a trading post for drugs, weapons and stolen identities. Contraband was purchased from independent vendors on the site and shipped through the mail.

The U.S. Department of Justice led the operation to seize AlphaBay. Attorney General Jeff Sessions says the site had more than 250,000 listings for illegal drugs when it was taken down. 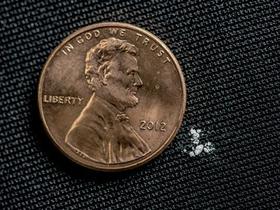 In announcing the takedown at a press conference Thursday, Sessions referred to the Florida death of a 24-year-old woman in February.

“A victim in Orange County, Florida, died of an overdose from a drug bought on AlphaBay,” he said.

Chrissano Leslie, a 26-year old Jamaican national living in Miramar, was sentenced to more than five years in federal prison in May for selling fentanyl and other drugs on AlphaBay.

With overdose deaths from heroin and other opioids dramatically increasing in Palm Beach County, Senate Appropriations Chairman Jack Latvala, R-Clearwater, will hold a roundtable discussion next month to delve into the problems.

While Gov. Rick Scott isn't committing to using courts in the battle against Florida's opioid crisis, a state senator from Miami and a Palm Beach community want to use the legal system to address the crisis.

As Health News Florida reported last week, the opioid crisis in Manatee and Sarasota Counties is putting a strain on their foster care system. But the situation isn't entirely bleak. Now we'll hear from one mother whose relationship with her son's foster parents helped her reunify her family and overcome her addiction.

Manatee and Sarasota Counties have seen overdose deaths from drugs like heroin, fentanyl and carfentanil spike in the past few years. At the same time, the number of children being removed from their homes and placed into the area’s foster care system has skyrocketed. There’s a connection between the increases.