It’s rare to see an unfiltered night sky in many parts of Florida. Artificial lights in highly populated areas, like Fort Myers or Miami, cover up views of constellations and the Milky Way. But, Big Cypress National Preserve in Ochopee is now an “International Dark Sky Park.” That means the preserve removed unnecessary lights. And the ones they kept were changed to be “night sky friendly” by using different bulbs or making the lights point down to the ground, rather than up to the sky.

"It’s just a black velvet with diamonds popping up all over the place almost like glitter. It’s absolutely amazing and breathtaking," he says.

And Abbe Gleicher of Boynton Beach describes it this way:

"The milky way is like a smudge in the sky," she says. "And then you can see Orion’s belt-- three stars in a row-- that's the easiest one to see. And it's like a dream." 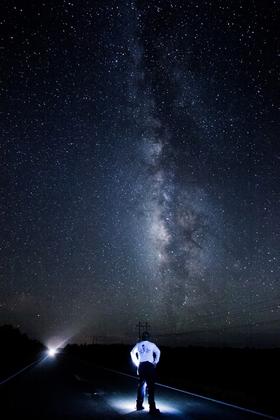 They both say they don’t get these views at home.

"Mostly we see clouds and we see the sunrise and sunsets but not all the stars that we see here," says Gleicher.

"This is absolutely mind boggling how many stars are out here," he says.

Sky gazers from across the state come to night events, like this one, at Big Cypress. You can't really see any of the more than 100 people here, except for some of their artificial lights from cell phones and flashlights bobbing in the distance. But you can hear everyone chatting throughout the park.

There’s a long line behind Mary Ann Wallace’s telescope. She and a handful of other local amateur astronomers bring their gear to share close-ups of the night sky with everyone.

"Hi there! How you doing? Now, if you need to focus, there's a tiny focuser right over here that you can put your hands on," says Wallace, from Naples, to Nick Torres, from Tampa. She's showing him Orion’s Nebula.

"So, I see maybe four bright dots-- one of them a little hazy," says Torres to Wallace. "So the hazy one, that's the nebula, right?"

"That's just a part of the whole nebula," Wallace tells him. 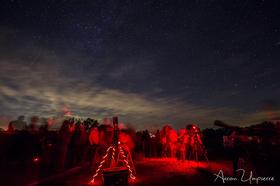 Torres says this is the first time he's ever looked through a telescope.

"It is absolutely amazing and humbling at the same time," he says. "I drove all the way down here just for this because I really wanted to look at some stars. I got exactly what I asked for."

But the black sky dotted with bright stars of different sizes is not just for humans to look at. It has a biological purpose as well.

Luke Gommermann was a park ranger at the preserve and part of the team that worked on getting the “international dark sky” designation. He’s now with the National Park Service in Utah.

Gommermann takes me on a night walk through Big Cypress to spot the mating habits of fireflies. Males flutter low over the grass, flickering their yellow-green lights from above, as the females flash their lights from the ground.

"The male will flash and then the female will flash the same pattern, that same color, and that same number of times," says Gommermann. "And essentially, that's how they find one another in the darkness... in fact, I just saw one flash over there...There it goes again."

Gommermann says getting rid of some lights throughout the preserve and changing the ones they kept helps the nocturnal wildlife here, like the fireflies.

"When we throw our artificial lights in the mix, imagine how confusing that is for a firefly. You're waiting for, say, the darkness to come for you to put on your flashing pattern to find a mate. And all of a sudden, the lights are bright you think it's day, and even throughout the entire course of the night it might not be dark enough for you to come out and to look for your own mate," he says.

To the east of Big Cypress, there’s a brownish-yellow haze called sky glow—that’s Miami. Artificial outdoor lights in that area cause light pollution. And to the northwest is a smaller-scale sky glow coming from Fort Myers and Cape Coral. 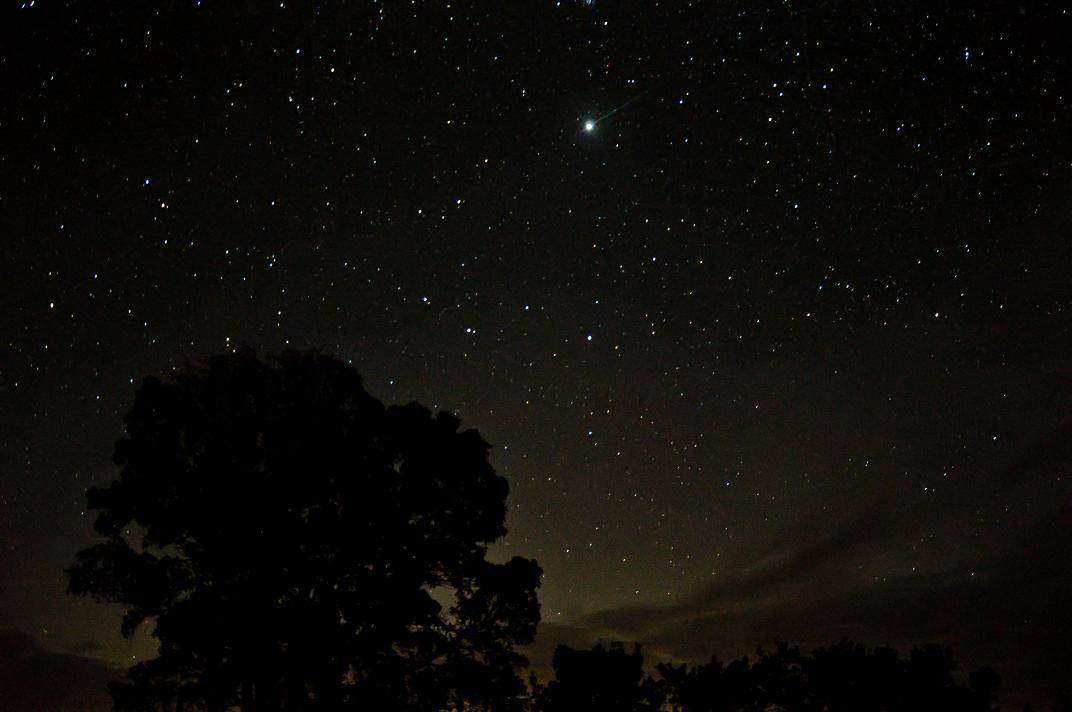 That’s why Diana Umpierre of Pembroke Pines advocates for “dark sky friendliness.” She’s president of the International Dark Sky Association that awards the designation around the world.

"One of the hopes I would have is for us to see night sky conservation kind of in the same way that we see issues such as water pollution, air pollution and some other issues that we care about deeply to really increase the awareness enough so that our fight to protect the night sky and also just the quality of life at night will really be a mission of not just our organization but just about every environmental organization out there" says Umpierre.

Central Florida’s Kissimmee Prairie Preserve State Park was designated a dark sky place last year, Dry Tortugas National Park near Key West is applying for the designation, and Umpierre says St. George Island State Park in the panhandle plans to, as well. She also says Collier and Broward Counties are taking steps to be mindful of the night sky.

But for now, during the winter months people can enjoy vivid night skies at Big Cypress, like Pat Omorrow and his daughter Kelsey Omorrow of Coral Springs. They first connected over the night sky after Hurricane Wilma in 2005.

"All the trees had been knocked down in our neighborhood, and all the lights were out. And I remember you took me out and just started pointing out constellations and showed me the Milky Way for the first time," Kelsey Omorrow says to her father.

Pat Omorrow says there was no "light haze " in the sky.

"Everything was dark... and then it was followed by a cold front," he says. "It was gorgeous."

So the father and daughter came to Big Cypress to see the dark sky together again.

"Well my eyes, they can't see as well. She can see things in light pollution of metropolitan, but I can’t so I wanted to really see," says Pat Omorrow.

He starts choking back tears, as he says how he feels being under so many stars again. 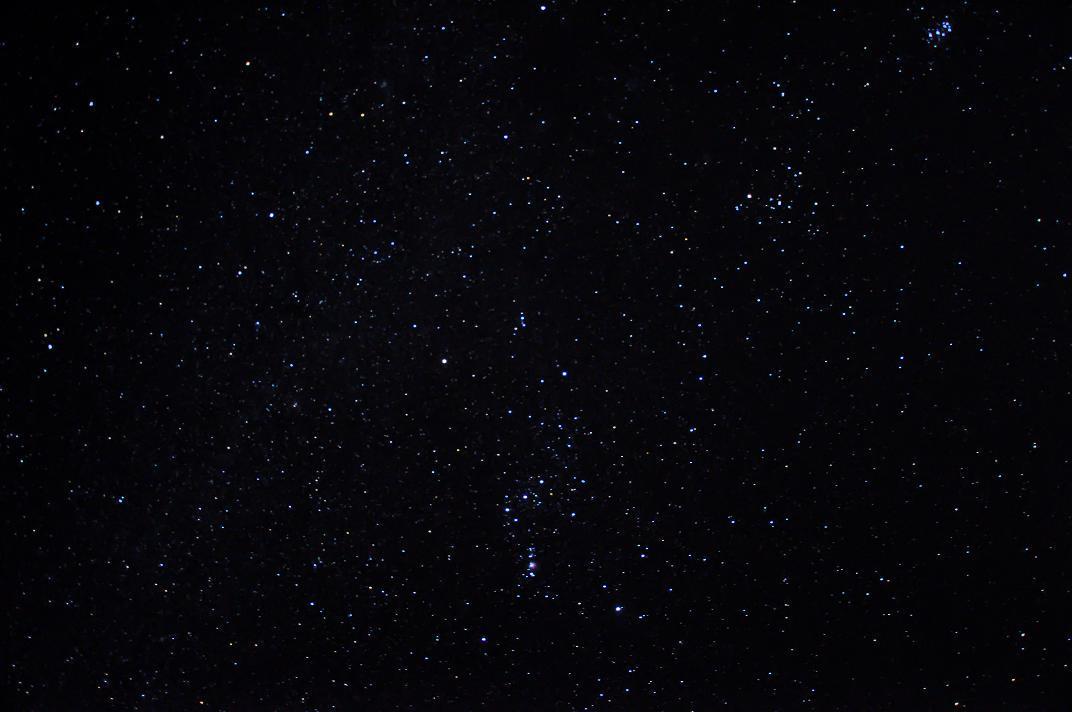 A federal court judge in Fort Myers ruled against a consortium of Environmental advocacy groups Monday in a lawsuit against the National Park Service and a Texas oil company.  The lawsuit was an attempt to prevent seismic testing for oil and gas reserves in Big Cypress National Preserve.

The Florida Forest Service says more than 100 active wildfires are burning across the state right now.