Evacuation Nation: In Florida There's Often No Escape From Hurricanes

Growing up in Miami, Luis Gazitúa lived through Hurricane Andrew in 1992 – one of the most destructive storms ever to hit South Florida. That’s why the Coconut Grove attorney recognized the awful danger of Hurricane Irma.

Irma was even bigger and stronger than Andrew. So when early forecast models this month showed it heading straight for Miami, Gazitúa and his family decided to evacuate South Florida.

“We had actually booked rooms in Orlando,” Gazitúa says at his law office in Coral Gables. “My father, my brother, our children and our wives and my mother.”

But just as that caravan was about to bolt Miami, they saw Irma’s projected track shift slightly west – sending it not just into South Florida but also straight up to…Orlando.

READ MORE: Do You Know Where the Nearest Hurricane Shelter Is?

So they were back to square one – with Irma still locking in on Miami with record-breaking winds. Then an uncle invited them to evacuate to his house in Naples, on Florida’s southwest coast.

They accepted. Surely it would be safe there. Before leaving Miami, they took what could have been a last look at their townhouse in the Grove.

“We did a little prayer and…we walked out emotional because I’m like, well, this place might not be here when we come back,” Gazitúa recalls. “And I needed my wife to really accept that.”

But it turns out Gazitúa’s fear would be turned 180 degrees. As he and his family moved west away from Miami, so did Irma’s track. In fact, both she and they were heading to the same place: Naples, where the storm’s eye would actually make landfall on the peninsula’s mainland.

“It was surreal,” says Gazitúa of walking out into the eye of a hurricane.

“Naples, I think, got up to 150 mile-an-hour gusts. We were really sealed in at my uncle’s house, but you look out the window and it’s like the apocalypse. Massive 30-, 50-foot trees falling over. I was getting texts from friends from here saying, ‘Why are you in Naples?”

He chuckles, but he knows it’s an apt question. He and his family made it through Irma OK. But it left them – and so many other South Floridians who fled to places Irma really did hit hard – with this lesson: Often there is no real escape from hurricanes that roam into Florida.

“A lot of us know people that left.” Rubio said. “They left Miami-Dade, they left Broward County. They drove up north. Now all of a sudden they drove right into the center of what might be the direct impact.”

That happens a lot. In 2004, tens of thousands of Tampa Bay-area residents who thought Hurricane Charley was headed their way fled east to Orlando. But Orlando ended up being exactly where Charley did the most damage. 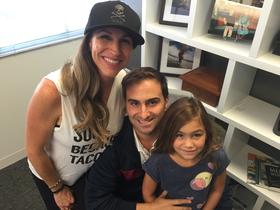 Yet Miami-Dade usually offers only a dozen shelters during hurricanes – and calls them refuge of “last resort.” Irma’s threat forced Gimenez to open 42 – and even those could only receive a fraction of the almost 700,000 Miami-Dade residents under mandatory evacuation.

“We are, if not the worst, one of the worst areas for evacuation,” he said. “We basically have only two evacuation routes – the Turnpike and I-95.”

Gazitúa of Coconut Grove also points to a cultural hurdle. In a state like Florida – where the car is king and we believe it’s our right to drive out of any situation – our attitudes about mass sheltering can get tainted.

“I think there is this stigma to going to a shelter,” he says. “It’s the same stigma with getting people to try mass transit.”

But Gazitúa and other evacuees say they’ll probably consider a local shelter for the next hurricane.

“You’d be far more comfortable in a fancy high school gym,” Gazitúa says, “than sitting in the car for 12 hours for what should be a three-hour drive – with children asking, ‘Are we there yet?’”

He may be right. Maybe our mindset will change. And maybe when the next storm comes we’ll know, well, if we’re there yet.

Thousands of Florida residents are being urged to evacuate a week after Hurricane Irma's rains are overflowing the Withlacoochee River.

Irma Evacuation Nightmare: Next Time Some May Not Leave

After a painful flight across several states to escape unpredictable Hurricane Irma, Suzanne Pallot says it's unlikely she would evacuate South Florida again — an attitude echoed by other evacuees that experts say could put them in danger when the next storm hits.

Dozens of law enforcement officers attended the funeral of a deputy killed in a head-on collision on the way home from work as Hurricane Irma began.