ShareTweetEmail
Listen
Listening...
/
Click here to hear the audio version of this story, which aired on WUSF 89.7 FM. 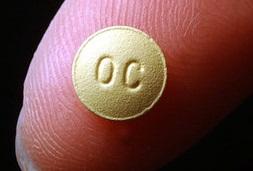 A database that tracks oxycodone and other controlled substances in Florida is being credited with a 25 percent drop in overdose deaths.

In 2011, the state created the Prescription Drug Monitoring Program so doctors and pharmacists could see if patients were doctor shopping, or getting care from multiple doctors without their awareness,  for prescription drugs.

A new study out of the University of Florida shows a connection between the decrease in oxycodone-related deaths and the creation of the database.

"We looked at the precise timing of when Florida's Prescription Drug Monitoring Program started,” said Chris Delcher, the study’s lead author.  “There was an immediate decline in the number of oxycodone-caused deaths in Florida."

The study looked at oxycodone-related deaths in Florida over 10 years. The number of deaths decreased from 100 a month to 75 after the program was implemented.

One factor contributing to the decrease, according to the research, was how rapidly the state’s health care providers began to use the Prescription Drug Monitoring Program to inform prescribing decisions. Using the database is optional.

Researchers examined the number of health care providers in Florida who requested summaries of controlled prescription drugs filled by individual patients and found that Florida’s program surpassed the rate of one of the country’s model programs in Kentucky just four months after implementation.

The team also used data on oxycodone-caused deaths from the Florida Medical Examiners Commission from January 2003 to December 2012.

“Previous studies have lacked the ability to examine differences in oxycodone-related deaths over smaller periods of time, which can obscure the effects of some prescription drug monitoring programs,” said UF researcher Bruce A. Goldberger.

All other states -- except for Missouri -- have prescription drug monitoring programs of some sort, Delcher said, “but this is the first 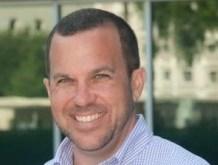 study to demonstrate that one of these programs significantly reduced oxycodone-related deaths.”

Delcher said the study is just the beginning of his work. He and his team of researchers received a grant through the Bureau of Justice Assistance to get feedback from health care providers.

“One thing we’re doing is pulling together focus groups of different kinds of providers that are using the PDMP and trying to get feedback on what they’d like to see change to help them in their clinical activities,” Delcher said.

“They may request ability to generate their own patient reports using the data that’s available in the system to them so they can get a better sense of the abuse risk for patients they may be looking up in the system.”

The Florida Department of Law Enforcement reported in 2013 that the 2012 Drugs Identified in Deceased Persons Report “showed deaths caused by oxycodone plunged by 41 percent in 2012 and overall occurrences of prescription drug deaths fell by 9.9 percent.”

Delcher said the higher percentage takes other factors aside from the database into consideration.

Starting in 2011, Florida, known then as the pill mill capital of the country, introduced laws like Florida House Bill 7095 that began regulating so-called pain management clinics. Hundreds of pill mills were closed and tamper-resistant forms of oxycodone that can’t easily be crushed, injected or snorted were created.

The Florida Legislature this year is considering bills that will extend the pain management clinic regulations past its expiration date of Jan. 1, 2016.

After Florida lawmakers failed to address the issue this spring, health officials are advancing an effort to tighten security on the state's prescription-drug database.

The Department of Health is floating a new rule that would lay out terms and conditions for use by law enforcement and investigative agencies after critics were unable to convince the Legislature to require court orders to access the database.

Court Rejects Use of Drug Database in Criminal Case

An appeals court Wednesday tossed out a man's methadone-possession conviction after finding that information from the state's prescription-drug database was improperly used during a Duval County trial.

Police found methadone and Xanax pills in a small bottle attached to a key ring during a 2012 traffic stop of Jermey Gene Hardy. The man contended that the pills belonged to his girlfriend, who later testified she had received prescriptions for both drugs but could only produce the Xanax prescription.