The U.S. Supreme Court decision on health subsidies keeps intact the way more than 1 million Floridians buy and pay for insurance through HealthCare.gov.

People like Phil Ammann. After nearly a decade without insurance, the St. Petersburg resident on Thursday was thrilled by the news. A $300 subsidy means he pays just $93 a month for coverage. 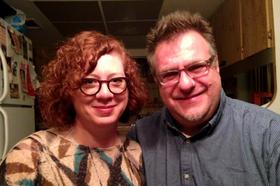 "Well, I think it's fantastic. I mean, not just for myself, but I know several people who have directly benefited from the Affordable Care Act and the subsidies making it affordable, making healthcare affordable,” he said. “Yeah, this is a fantastic day."

The Supreme Court justices said in the 6-3 ruling that subsidies 8.7 million Americans currently receive to make insurance affordable do not depend on where they live. The King v. Burwell ruling determined that low- and moderate-income Floridians and residents in 36 other states could continue to get tax credits for plans they buy through the federal government.

In Miami, yoga instructor Celia Maluf said being able to afford health insurance by earning subsidies has reduced her stress. “You’re not secreting adrenaline in fear every day,” she said.

“The fear that was lifted today, oh my, it is delicious. I want to savor the moment for quite a bit longer.”

An estimated 94 percent of the 1.4 million Floridians who buy insurance on HealthCare.gov receive some sort of financial subsidy to help pay for a monthly insurance premium. Florida groups that support Obamacare quickly celebrated that this system will stay in place. 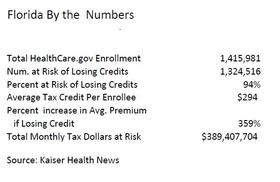 Floridians who used to rely on free health care services can keep their coverage, said Marni Stahlman, president of Shepherd’s Hope in Central Florida. She said many of the clinic’s previous patients were able to buy plans on HealthCare.gov.

“By having this held up we now are assured that these patients will be able to continue to have health care services provided through the exchange for them and not need to resource an organization like Shepherd’s Hope,” she said.

Advocates weren’t the only ones breathing a sigh of relief that the court affirmed the stance of the administration of Barack Obama. The health care industry in Florida had a lot to lose if the outcome supported the plaintiffs, said Jay Wolfson is a health policy professor at the University of South Florida in Tampa.

"And it doesn't only affect individual patients and their families, it affects thousands of hospitals, hundreds of thousands of physicians, medical suppliers- an entire sector of the economy has been affected by the Affordable Care Act,” he said.

The decision also is the second major victory for Obama in politically charged Supreme Court tests of his most significant domestic achievement. And as he did in 2012, Chief Justice John Roberts again voted with his liberal colleagues in support of the law.

"Congress passed the Affordable Care Act to improve health insurance markets, not to destroy them," Roberts declared in the majority opinion. Limiting the subsidies only to individuals in states with their own exchanges could well push insurance markets in the other states "into a death spiral," Roberts wrote in the King v. Burwell opinion.

Justice Antonin Scalia, in a dissent he summarized from the bench, strongly disagreed. "We should start calling this law SCOTUScare," he said, using an acronym for the Supreme Court and suggesting his colleagues' ownership by virtue of their twice stepping in to save the law from what he considered worthy challenges.

His comment drew a smile from Roberts, his seatmate and the object of Scala's ire.

Scalia said that Roberts' 2012 decision that upheld the law and his opinion on Thursday "will publish forever the discouraging truth that the Supreme Court of the United States favors some laws over others, and is prepared to do whatever it takes to uphold and assist its favorites."

Justices Samuel Alito and Clarence Thomas joined the dissent, as they did in 2012.

In Florida, state Representative Scott Plakon sided with Scalia’s strong dissent. Plakon, R-Longwood, said the ruling should the resolve of Republicans in Washington to resist the Obamacare law, repeal it and replace it.

“It’s really quite stunning that the Supreme Court has come down to this. They’ve made what appears to be a political decision rather than a decision based on the clear meaning of the text,” said Plakon.

Congress will most definitely continue its opposition to the health care law, said Josh Archambault, a longtime health law observer and senior fellow for the Foundation for Government Responsibility, which is headquartered in Naples.

Miami-Dade Congressman Mario Diaz-Balart has voted against the law in the past. “Disappointed, but not surprised,” he said of Thursday’s decision.

He said Congress can work on fixing the worst parts of the law until there’s a chance to repeal the entire law. That won’t be right away, he said.

“While President Obama holds the veto pen, it is obviously unlikely to get rid of Obamacare,” he said.

Florida – with 1.4 million people enrolled on HealthCare.gov – has by far the most people directly affected by the Supreme Court decision. The second highest enrollment on HealthCare.gov is in Texas, where 966,000 residents have purchased plans.

According to NPR and Kaiser Health News, Florida residents with subsidies earned an average $294 in tax credits this year. A loss of that credit would increase the cost of their monthly premium by 359 percent. 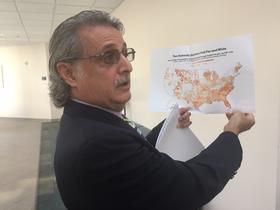 “The Affordable Care Act is working as intended, and today’s decision should finally put an end to efforts to hijack or derail this historic and law that is saving lives,” said Leah Barber-Heinz, CEO of Florida CHAIN, a statewide advocacy group for the uninsured and underinsured.

Barber-Heinz used the Supreme Court announcement to renew the call to expand Medicaid in Florida for people living in poverty – an effort that has failed in the three previous Legislative sessions.

While HealthCare.gov provides credits to individuals earning between 100 and 400 percent of the federal poverty level, the law does not offer assistance to those living at or below poverty. An estimated 800,000 Floridians fall into that category.

“Now it is time for state leaders to roll up their sleeves and get to work closing Florida’s disgraceful coverage gap,” she said.

Charles Siler, a spokesman for the Foundation for Government Responsibility, said the Supreme Court decision may provide state House leaders a stronger position in their opposition to Medicaid expansion.

Had the states in the federal exchange lost access to subsidies, it would have increased the potential costs and number of people needing Medicaid expansion coverage, he said.

The Foundation’s Archambault added that states now have no incentive to launch their own state insurance exchange. Roughly a dozen states operate their own online marketplace.

"I think the Supreme Court case today puts any rest to the discussion of setting up a state-based exchange,” he said. “There is no reason for a state to fund and set up a state based exchange when HealthCare.gov is seen legally now as an acceptable way to grant subsidies.”

While critics of the decision are blaming politics for the outcome in King v. Burwell, Wolfson, the USF health policy professor, said he believes the justices in the majority stayed focus on the law’s meaning.

"That the chief justice of the Supreme Court is a notoriously conservative financial Republican is another important stalemate for everyone to hear and that it wasn't make it on grounds of social justice but on constitutional law and economic stability," Wolfson said.

Regardless of what state leaders do, Wolfson said the Affordable Care Act as a whole won’t disappear.

“It's going to be very hard to dismantle that," he said.

Information from the Associated Press was used in this report. Health News Florida reporters Daylina Miller, Crystal Chavez, John O’Connor, Wilson Sayre and Abe Aboraya contributed to this story. Health News Florida is a collaborative project from WUSF, WMFE and WLRN and receives support from the Corporation for Public Broadcasting.

Setting off for Washington, D.C., to meet with federal officials over health-care money at the heart of a state budget crisis, Gov. Rick Scott on Tuesday flatly ruled out a Senate plan to extend private insurance coverage to hundreds of thousands of lower-income Floridians.