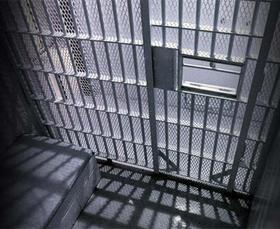 With the third largest inmate population in the U.S., the Florida Department of Corrections is continuing to look for ways to get that number to decrease—even as it’s started declining in recent years. State lawmakers may be coming together on a solution that used to be controversial in the past.

Between too few staff and too many inmates, the Florida Department of Corrections is under a lot of pressure. That’s according to Sen. Rob Bradley (R-Fleming Island).

“This is a discussion that we’ve had for several years about trying to relieve some of the pressure  on the Department of Corrections,” he said, during Monday's Senate Criminal Justice Committee. “They have about 100,000 inmates.”

One way discussed in the past to the help the prison agency is to mandate county jails house a certain number of inmates from state prisons by contracting with the Florida Department of Corrections.

At the time, the Florida Sheriffs Association and the Florida Association of Counties opposed such a mandate because it could mean placing a burden on local governments—already contending with their own inmate populations.

Still, proposals doing just that died during past legislative sessions. But, it appears a bill (S 484), Senator Bradley is proposing, is a compromise all sides can get behind. His measure makes the past mandate, voluntary.

So, what does his bill actually do? It authorizes a judge to sentence an offender to county jail for up to 24 months.

“So, what this would do is remove a certain number of the prisoners that are currently sentenced to state prison and have them continue to stay locally in county jail,” Bradley continued. “And, that cohort would be those that are sentenced between 12 and 24 months. Because currently, if you’re sentenced to just a day more than 12 months, then you got to state prison. This would take that 12 month and a day ceiling and raise it to 24 months.”

Still, Bradley says he believes his bill could benefit the affected inmates themselves.

“Individuals who don’t commit forcible felonies are able to serve their sentences close to their support systems, so if there’s a chance for rehabilitation, they’re not halfway across the state in a facility away from their community,” he stated.

And, Barney Bishop with the Florida Smart Justice Alliance—who opposed the measure in the past—likes this version of the bill.

While the measure passed its first of three Senate committees, a House bill has not yet been filed.