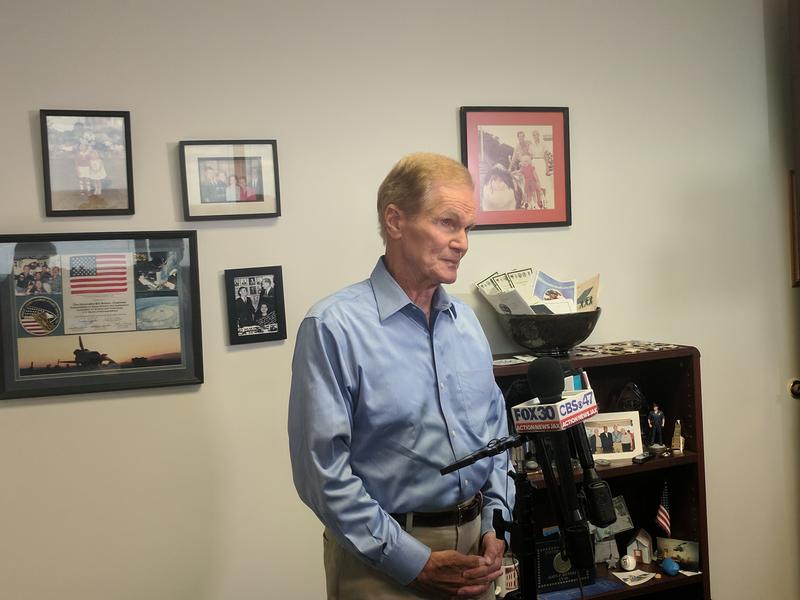 Businesses, residents and local Florida governments are still waiting to be reimbursed for debris removal and reconstruction nearly a year after Hurricane Matthew sideswiped the First Coast.

Nelson is chiding the Florida Division of Emergency Management, which fired two people for failing to meet a deadline to submit federal reimbursement appeals sought by Florida localities. The appeals by 18 cities total close to $5 million, and Nelson said he’s personally asking federal emergency managers to honor the requests.

In Jacksonville Friday, Nelson said there’s only so much emergency management money to go around, and with recovery efforts just getting underway after Harvey, Florida is not FEMA’s priority. Nelson said he’ll push his Senate colleagues for more emergency funds.

Then, he said, FEMA money can be freed up to go back to Florida.

After Texas Republicans balked at allocating emergency funding for New Jersey and New York following Hurricane Sandy in 2012, Northeastern politicians have criticized what they see as Texas hypocrisy, as Politico reports. Nevertheless, they said they will not hold up aid for Harvey victims.

Are You Covered? National Flood Insurance Set to Expire in September

At the end of September, the National Flood Insurance Program will expire unless Congress acts to re-authorize its funding. Many in the real estate and insurance industries say they're cautiously optimistic the federal flood insurance subsidy will be kept in place, but there’s no guarantee amid the chaotic climate in Washington.

Preparing For Hurricane Season With Lessons From 2016

Owning a resturant on the water was a dream come true for Peter Stefani. For 26 years, Stefani had watched the waves rise and fall just outside his businesses.

Still, the Nebraska native hardly had an idea of what the tide could do until Hurricane Hermine hit Cedar Key.