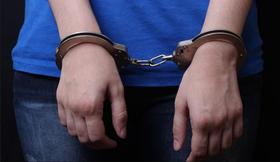 A bill allowing certain Florida officials to make announced and unannounced visits to the state’s juvenile justice facilities is now heading to the House floor.

For Rep. David Richardson (D-Miami), prison reform is a huge priority for him. In fact, over the last few years as a lawmaker, he says he’s spent a lot of time inside Florida’s correctional facilities.

“I’ve probably spent 800 hours in the last 2 and a half years, made over 100 visits, and I’ve interviewed more than 300 inmates to get to some of the issues that I’ve been looking at the state prison system, the correctional system,” he said. “However, since the current law does not allow me to enter into juvenile justice facilities unannounced, I have not made many visits there.”

Due to a state law, Richardson is able to make announced and unannounced visits to the state’s adult correctional facilities. But, if he wanted to do that in a juvenile facility, he wouldn’t be allowed to.

Still, over the last few weeks, Richardson says he actually has been able to because Florida Department of Juvenile Justice Secretary Christy Daly gave him permission.

“Initially told her I wanted to go unannounced,” he added. “She told me she would not oppose that. In fact, the next day, she sent a letter, advising everyone in the system—her DJJ system—that if a legislator showed up, they were to let us in.”

Richardson says he and some of his colleagues had wanted to visit some of the state’s juvenile facilities, after a Miami Herald investigation into DJJ came out last year that outlined numerous abuses over the course of a decade. It included sexual and physical abuses by staff.

So, while Richardson can visit the facilities now because of Daly’s memo, he says that won’t always be the case.

“The concern I have is the Secretary who is running the Department now is not always going to be there, and a different Secretary may take a different position and may not want unannounced visits,” he continued.  “And, it’s really in the last couple of months, since this expose came out, that they’re permitting any unannounced visits.”

So, Richardson is filing a bill to allow the Governor, the Cabinet, state lawmakers as well as judges, state attorneys, and public defenders to be able to visit juvenile facilities—announced and unannounced.

During the bill’s last hearing in the House Judiciary committee, several lawmakers applauded Richardson for his efforts. They included Rep. Ross Spano (R-Dover).

“I don’t think anybody really fully appreciates the number of hours you’ve spent in this space,” he said. “And, I just want to say I do fully support the bill. Obviously, the rationale for being able to go into an adult facility is accountability, right? And, I think if it stands to reason that’s appropriate in the adult context, even more so, I think, in the juvenile context. And, so, thank you for that. Thank you for your willingness to work with the Secretary. And, thank you to the Secretary actually for her willingness to work with you to come up with a product that makes sense.”

Rep. Cynthia Stafford (D-Miami) also thanked Richardson for taking the lead. She’s toured some of the juvenile facilities with Richardson, and she’s also a prime co-sponsor on the bill.

“And, I’ve said it before, we as a state, when we have children go into facilities, we’re their parents,” she said. “We step into the role of parent. So, as parents, again, we should be able to go into the ‘house,’ or the room where the child is. We’ve seen too much in the media regarding our children and juveniles in our system. So, thank you, and I think this will go a long way toward reform.”

While the House measure is now heading the floor after passing its last committee, a similar bill in the Senate by Sen. Jeff Brandes (R-St. Petersburg) has passed one committee so far.

A bill making its way through the Florida Legislature could radically reform the way children are handled in the criminal justice system. The measure would put stricter limits on when and how juveniles can be tried as adults.

Florida is one of 15 states that allow prosecutors to unilaterally decide to charge children as adults. That process is called direct filing.

Florida lawmakers are already moving forward a bill to reform the state’s juvenile justice system. The measure aims to address abuses within the system outlined in a Miami Herald investigative series.

A quartet of Tallahassee law students has been advocating two changes to Florida’s Constitution. The Constitution Revision Commission is now weighing those among hundreds of other public proposals.

Emory Jones just needs to look at his left arm for a reminder of what happened at Avon Park Youth Academy. There is a faint scar in the shape of a snake above his elbow from when an officer beat him.