Bay Co. Man Could Be One Of First Charged Under New Law For Threatening Online Posts 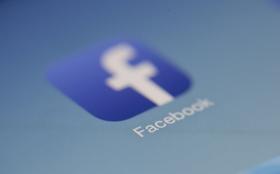 A Florida Panhandle man may be one of the first charged under a new law for posting threatening messages on social media.

It stated, “You better run and hide from my sight Ford, when I cast my eyes upon you, it will be the end of the line for you.”

“Once we became aware of that, it was assigned to criminal investigations to further investigations on his personal page and there were many threats that we were able to document against law enforcement in general, the CIA director, government workers, and other civilians in Bay County and Panama City,” she said. “So, it was at that point, we decided that we needed to go and find him.”

On his personal Facebook page, Cole’s other postings included “we have people waiting to ambush the police officers on arrival, please try me,” “I’m going to be bigger than Jack the Ripper,” and “government workers along with their bloodlines must be destroyed.”

So, after he admitted to the postings, Cole was arrested and charged with Written Threat to Kill or Injure.

It expands on a 2010 statute that already made it a second degree felony to make a written threat via electronic communication, but that threat still had to be sent directly to the person targeted or a relative.

This new law would change that.

“The reason for this is technology has outpaced the law at this point…and more importantly, I think our citizens believe that if someone makes a threat on electronic record, it should be treated as a viable threat to them,” said McClain, at the time.

McClain says it’s also important to give law enforcers the tools they need.

“Well, I just think it opens up the ability for law enforcement to be able to make some determinations,” he added. “The challenge is that if you do an electronic record right now, there’s nothing for the citizen to fall back on.”

Meanwhile, the Bay County Sheriff’s office didn’t stop at charging Cole for posting the written threats via Facebook. They also took advantage of another new law by petitioning a court for what’s called a “Risk Protection Order” against him.

Incoming House Speaker Jose Oliva sponsored the bill in the House during this year’s legislative session.

“It creates a mechanism called the ‘Risk Protection Order’ that allows law enforcement to be able to assess a credible threat and to be able to make a petition to a court for an injunction of the weapons if they can submit clear and convincing evidence.”

Still, in the case of Cole, Bay County Sheriff’s office spokeswoman Ruth Corley is quick to point out, “When we arrested Cole, we didn’t find any firearms within his residence.”

But, Corley says risk protection orders applies to those law enforcement believes are at high risk of harming themselves or others from accessing a firearm. So, that could mean temporarily seizing guns in someone’s possession OR prohibiting the purchasing of firearms as well.

And, she adds there are other factors to look at as well when obtaining a risk protection order.

“Threats of violence, the existence or violation of a previous Risk Prevention Order, or evidence the suspect is abusing controlled substances or alcohol, or any evidence they have a mental illness or have a recurring mental health issue,” she continued. “All of these factors must be present in order to get a risk protection order. They can last up to a year, but at that time, they can be vacated or extended by a judge, if again you meet the different factors.”

Corley says a judge did rule in favor of Bay County Sheriff’s Office and granted the risk protection order against Cole until July 20 of next year.