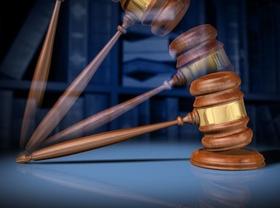 The Florida lawmaker who authored this year’s changes to Florida’s Stand Your Ground law says the legislature does have the right to update the law. It’s in response to a judge’s ruling Monday declaring the revised version unconstitutional.

Under a new law already in effect, a person claiming Stand Your Ground no longer has to prove their self-defense claim is justified to a judge during a pre-trial immunity hearing, to avoid a trial. Now, that burden shifts to prosecutors.

The 2017 law stems from a dissenting opinion of a 2015 Florida Supreme Court Ruling. Most of the justices ruled the burden should lie with the defendant during the self-defense immunity hearing.

And, Monday, Miami Dade Circuit Judge Milton Hirsch stated due to that high court decision, the legislature’s move to revise the law this year is unconstitutional.

“I would be surprised if it were upheld on appeal,” he said.

The statewide impacts of this is unclear, as Hirsch made this decision Monday based on two cases before him.

Florida Could Pave New Changes In 'Stand Your Ground' Laws

Lucy McBath is afraid many more people will die if Florida Gov. Rick Scott signs a bill making it harder to prosecute when people claim they commit violence in self-defense.