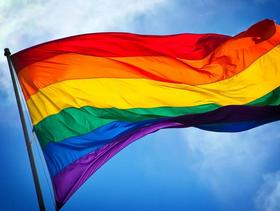 Attorney General Pam Bondi says she backs workplace protections for members of the LGBTQ community. Her comments come amid a bill just filed again in the Florida legislature to prohibit discrimination against people who are lesbian, gay, bisexual, transgender, or queer.

For the past few years, state lawmakers from both sides of the aisle have tried and failed to make it illegal to discriminate against people based on their sexual orientation and gender identity. While she hasn’t read this year’s bill, Florida Attorney General Pam Bondi says she supports the overall effort.

“I haven’t read the bill, but of course, it’s something that I would support,” she said, speaking to reporters recently.“ We’ve always had a great policy in my office regarding LGBTQ employees in my office and protecting their rights. I would love to take a look at it. Of course, I would sure. But, I haven’t read it yet.”

As in years past, this year’s bill continues to be a bipartisan effort. It’s sponsored by Sen. Jeff Clemens (D-Lake Worth) in the Senate.  Rep. Ben Diamond (D-St. Petersburg) and Rep. Rene Plasencia (R-Titusville) are the bill’s sponsors in the House.

When 49 people were killed at a gay nightclub in Florida in 2016, Gov. Rick Scott publicly offered his sympathy to the victims' families and the LGBT community.

With same-sex marriage now legal nationwide, lawmakers in numerous states are preparing for a new round of battles in 2016 over whether to grant discrimination protections to LGBT people or religious exemptions to nonprofits and businesses that object to gay marriage.