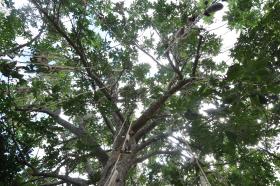 From city and state parks to libraries, wildlife areas and the Everglades close to 10 million acres of Florida are public lands. That's about one in every four acres of Florida.

Here's a map showing federal lands throughout the state and state-controlled lands in South Florida. (The cluster of spots in the Keys is due to each key in the National Key Deer Refuge being accounted for.)

Amendment 1 this election would guarantee state funding for more land and to restore and manage lands already under state control. Instead of an annual springtime debate during the legislature's budget process, Amendment 1 would commit a third of Florida's real estate documentary stamp tax revenues to protect the state's environment.  Here's the ballot summary and proposed constitutional language: 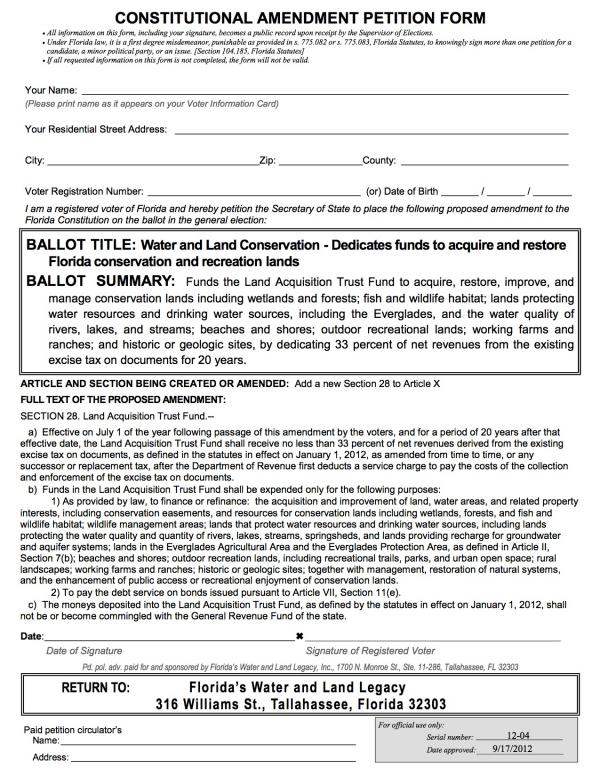 For decades, the real estate documentary stamp tax money has been earmarked for affordable housing, economic development, transportation and environmental uses. The state's general fund also got a slice of the tax revenue. But when the housing collapse hit Florida and the Great Recession took hold, lawmakers carved out a greater chunk of the revenue for general purposes. Affordable housing and environmental programs went without. As the state's economy has improved and the state budget has grown again, some of that funding has been restored. 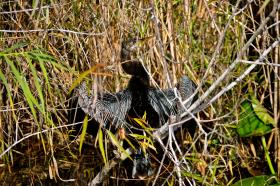 Amendment 1 would constitutionally require the state to fund its Land Acquisition Trust Fund with 33 percent of the revenue from real estate documentary stamp taxes. Supporters contend it would amount to less than one percent of the state's budget. They're correct. However, opponents point out the money would be guaranteed whereas money for affordable housing, while coming from the same source, would not. That includes funds for affordable housing in South Florida.

"After the recession when the legislature started sweeping the funding out it went down to almost zero for probably three or four years," said Ralph Stone, director of housing finance and community development for Broward County. "This most recent year its back up to one half of what it used to be."

Before the recession, Broward County would receive about $15 million for home buying programs, rental assistance, home improvement and making houses handicapped accessible. This budget brought about $7 million. While there is no organized opposition to Amendment 1, housing advocates voice support for environmental funding but they say it should be the legislature that decides the dollars, not the state constitution. 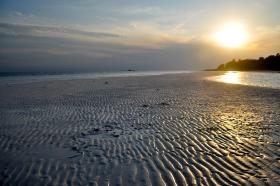 The proposed amendment would ensure "we don't have a Toledo, Ohio. We don't have a California," said Everglades Foundation CEO Eric Eikenberg. He's referring to three days this past August when Toledo warned residents not to drink, boil or bathe in its water supply. An algae bloom in Lake Erie contaminated the water. California, meantime, has been hit by drought conditions and water restrictions.

"If we can ensure we have the proper amount of water and quality of water it's beneficial not just for the ecosystem or not just for the habitat or the wildlife but its for our economy," argues Eikenberg. He's familiar with the budget battles in Tallahassee. Eikenberg served as the chief of staff for Gov. Charlie Crist when Crist was a Republican.

Listen
Listening...
/
Everglades Foundation CEO Eric Eikenberg describes his vision of Florida's environment in 2033, the end of guaranteed funding if Amendment 1 is approved by Florida voters in 2014.

Veteran real estate developer Don Peebles agrees that Florida's economy and environment are linked. "I think that it's very important that the state invest in a comprehensive plan preserving some of the nature habitat that makes Florida such an attractive place to live and visit." Peebles supports Amendment 1 and doesn't think the guaranteed money for land preservation would drive up land prices. 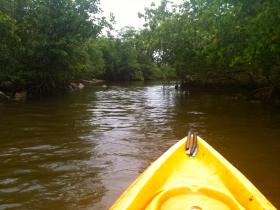 David Hart is the executive vice president of governmental affairs for the Florida Chamber of Commerce. He said, "Imagine if every group that didn't get the funding they thought their programs should get during the Great Recession and took the course of Amendment 1 and tried to get their special program funded through constitutional mandate." Hart contends that strategy would tie the hands of legislators during tight economic times as they have to balance the state's budget each year.

Amendment 1 Would Ensure Funding for Environment

In what supporters are labeling the "end game for conservation in Florida," voters this November are being asked to change the state constitution to earmark billions of tax dollars for a host of environmental protection projects.