Gov. Rick Scott said Wednesday that federal funds will be used after all to beef up security for the state's voting systems in time for November's elections.

Scott's move counteracts a statement made Tuesday night by Florida Secretary of State Ken Detzner. He said  at the Florida Association of Election Supervisors' spring meeting that the money will not be allocated by November because it requires approval from the Legislature.

A statement from the governor's office says the Department of State will submit a plan to the federal government - as outlined by federal law - to boost security for local elections offices. Once this plan is approved by the Federal Elections Assistance Commission, the Department of State will work with the Florida Legislature to get the money in the hands of local supervisors of elections.

Gov. Scott said he wants to ensure that every Floridian is confident in this year's election process.

"By directing DOS to draw down more federal funding, we are providing the resources our local elections officials need to keep our elections secure," Scott said. "I will continue to do everything in my power to make sure that Florida has zero fraud in our elections."

Detzner had previously told the Tampa Bay Times, "We have to submit a budget and it has to be a thoughtful budget that looks at the short-term and long-term needs." 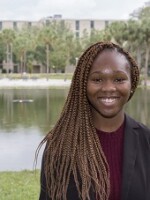