The state legislature passed a law in 2021 that limits mail-in ballots to one per election cycle.

Due to a change in state law, Florida voters interested in voting by mail have to apply for new ballots.

Since 2002, mail-in voting has soared in popularity. In 2022, the Florida Division of Elections reported more than 2.7 million Floridians voted by mail in November's general election. Another 1.5 million residents received ballots but did not return them.

In 2020, during the height of the Coronavirus pandemic, some counties like Pasco, saw almost half of their total votes come in through the mail.

But in 2021, Florida legislators passed a new law that drastically changed a fundamental element of mail-in ballots.

Previously, a Florida voter's request for a mail-in ballot would be good for two general election cycles, meaning another request would not be needed for four years.

The new law reduces that duration to once per general election cycle, or every two years.

As a result, every vote-by-mail request expired at the end of 2022.

Florida elections officials are trying to alert voters about the change.

"We have about 80,000 voters that are impacted and have made their wishes known," said Pasco County Supervisor of Elections Brian Corley.

"We traditionally have reached out to voters via email or sent correspondence if they fell off the rolls for vote-by-mail requests. We may be doing that again...that's probably the most successful way to reach those voters."

Effects can already be seen. Hillsborough County Election Supervisor Craig Latimer reports that their mail-in ballot requests are less than half of what they used to be.

Latimer has also been working hard on spreading word about the change.

"I don't want anyone to assume they'll get a ballot in the mail and then run out of time to request one," he said.

Corley is confident that addressing the voters directly is the best approach.

"I think that we will be successful, some of my colleagues have already started outreach initiatives and they're getting really, really positive feedback," he said.

Click on your county for information on requesting a mail-in ballot. The deadline to request a vote-by-mail ballot is 5 p.m. on the 10th day before any election: 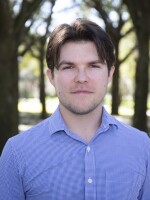