Dr. Martin Luther King Jr.’s last campaign is still bringing communities together as they fight for equality and respect in the workplace.

The 1968 Sanitation Workers’ Strike in Memphis, Tennessee, was a social movement that impacted many people who battled low wages and unfair labor treatment.

A free documentary screening of “At the River I Stand,” a film concerning King’s last days, is in Tampa Thursday.

“This documentary is a great view of not just union activity, but union and community activity and the interaction between the two,” said John Streater, a retired adjunct history professor from the University of South Florida and Hillsborough Community College.

The event will allow people to connect with others who have dealt with similar labor and workforce issues both in the past and the present.

“It brings home the discussion of viewing that historical event with what's going on now, and what needs to go on now. People have been talking about working one job if they get it, two jobs to survive, and every once in awhile I hear about people trying to cover three jobs to make it,” said Streater.

After the film, there will be a panel discussion moderated by historian Fred Hearns.

“Having this discussion, I think, will open people up to say ‘okay, you have that problem let me get you together with somebody over here that's doing something about that problem’ and that people see a connection,” said Streeter. 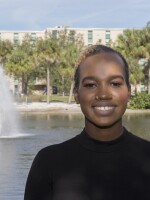 Rachel Smith
Rachel Smith is a WUSF/USF Zimmerman School digital news intern for spring 2019.
See stories by Rachel Smith
Hurricane Guide
What you need to know to prepare and stay informed during a storm.
Read more
Latest Stories
NPR
Related Content
WUSF 89.7 depends on donors for the funding it takes to provide you the most trusted source of news and information here in town, across our state, and around the world. Support WUSF now by giving monthly, or make a one-time donation online.
Donate Now
Editorial Integrity and Code of Ethics
Read More
WUSF Social Media Commenting Policy
Read More