The opioid crisis is affecting communities of all sizes across the country. In one example, Haines City has equipped all officers in its police department with a life-saving drug that combats opioid overdoses.

Narcan is the first and only FDA approved nasal form of the drug naloxone. It counteracts the effects of a suspected opioid overdose.

The anti-opioid drug has been preventing opioid-related deaths in Haines City following its introduction in 2017. Nearly 24,000 people reside in the city, which is located just south of I-4 in Polk County.

According to the Haines City Police Department, since its launch, they have used the drug seven times to save lives.

Its introduction came after a pervasive overdose epidemic in Florida. According to the Centers for Disease Control, between 2014 and 2015, drug-related deaths in Florida increased by 23 percent -- almost 60 percent of those came from opioid overdoses.

“Here in Haines City we wanted to get out in front of this [problem],” said Ferguson.  “We have about seven civilians who are trained to administer Narcan in addition to more than 50 sworn officers.”

The most recent training was completed in December with eight participants.

“A few decades ago it was rare for law enforcement officers to go through crisis intervention training,” said Ferguson. “It was considered a really specialized skill.”

All Narcan purchases have been funded through grants with no strain on the police department’s budget.

“We’ve managed to get more than $3,000 worth of Narcan without passing that onto local taxpayers,” said Ferguson.

The department has acquired a total of 43 Narcan kits. 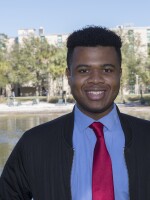