The area has suffered from traffic woes for years. The Hillsborough County Commission recently approved an $812 million transportation plan, which focuses almost exclusively on road improvements.

Rick Homans is CEO of the Tampa Bay Partnership, an organization that works to solve economic problems in the area.

He hopes the new plan will begin a discussion about mass transit in the future.

"With the transportation, road and congestion issues taken care of in this major way, now we can focus on the transit options and figuring out how to do those things,” he said.

However, Homans added that improvements must be made to current traffic problems before the area can focus on mass transit.

“We need to maintain our existing system of roads, and we need some investment in our road infrastructure to handle existing congestion and safety issues,” he explained.

Homans said that transportation planning agencies must reach across county lines to find an area-wide solution, but the biggest hurdle will be forging trust among various business leaders and city officials. 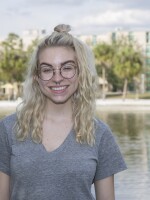