The council voted 5-to-3 to approve Mayor Rick Kriseman's plan that would allow the Rays to opt out of a long-term lease with the city. Kriseman told the council the plan gives the city six months to make a case to woo the Rays and includes financial incentives, such as inviting the Rays to share in the future development of the land where Tropicana Field sits.

“I firmly believe that St. Petersburg and that location is the best long- term location for the team,” Kriseman said.

The Rays have been wanting to look at other locations for a stadium for years, but the city hadn't agreed to letting the team out of a lease that lasts to 2027. This agreement allows them to look at potential sites in Hillsborough and Pinellas counties.

This meeting was considered a fresh chance for Kriseman to try and break the stalemate, as it was the first time the council discussed the Rays with new members Lisa Wheeler-Brown and Ed Montanari. Wheeler-Brown voted for the plan.

Montenari, however, was one of the three members voting against a memo of understanding that outlines payments to the city if the team leaves and incentives for revenue-sharing on future development if he team stays.

Montenari said the deal is more favorable to the team, which has been wanting to talk to potential suitors.

“I'm concerned that with the passage of this (memo of understanding) that we could create a situation where we allow the Rays to use negotiating leverage to pit leverage the city of St. Petersburg and Pinellas County against Tampa and Hillsborough County," he said.

Kriseman said the plan ends years of speculation over the future of the city-owned stadium.

"With this provision, within three years, we'll know whether this team will be staying on that site or if that site will be completely available," he said.

Several council members voting against the plan said it gives the team too much.

The owner of the Tampa Bay Rays made an in-person pitch at city hall. Team owner Stuart Sternberg backed the proposal.

“I would like to think that it works both for the Rays organization, it works for you all as representatives of the city of St. Petersburg,” Sternberg said. “But I believe most of all it works for the citizens and our fans in particular.”

Mary Shedden
I’m the lucky one who guides the WUSF News team as it shares news from across Florida and the 13 amazing counties that we call the greater Tampa Bay region.
See stories by Mary Shedden 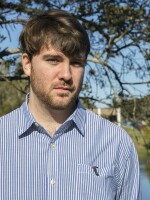 Christopher Collier
Christopher Collier is a senior at the University of South Florida pursing a degree in mass communications and a minor in Spanish. He has a broad range of interests in the broadcasting field, ranging from reporting to studio production.
See stories by Christopher Collier
Hurricane Guide
What you need to know to prepare and stay informed during a storm.
Read more
Latest Stories
NPR
Related Content
WUSF 89.7 depends on donors for the funding it takes to provide you the most trusted source of news and information here in town, across our state, and around the world. Support WUSF now by giving monthly, or make a one-time donation online.
Donate Now
Editorial Integrity and Code of Ethics
Read More
WUSF Social Media Commenting Policy
Read More