Since the owner of Memorial Park Cemetery died in 2019, the city of Tampa has invested considerable time, manpower and money to protect and improve the grounds of the resting place for Black veterans.

Tampa city officials are talking about their efforts to preserve and protect forgotten and abandoned cemeteries.

Last year, the city formed a task force to address the problem by partnering with community leaders and advocating for land use changes.

“The steps that we are taking are not going to right past wrongs, but what they are going to do is ensure that we do not have lost or abandoned cemeteries in the future. This problem will not occur from this point forward,” said Castor.

Ocea Wynn, city of Tampa Administrator of Neighborhood and Community Affairs, is leader of the task force.

She said the city has invested considerable time, manpower and money to protect and improve Memorial Park since the owner died in 2019.

”That includes taking over the maintenance, trimming the tree canopy, replacing a dilapidated fence and much more,” said Wynn.

“Our city’s comprehensive plan is the roadmap for the future, it’s our long range plan and it currently does not address cemeteries the way that it should,” said Director of City Planning Stephen Benson.

Tampa city council members have changed the land use category of all city-owned cemeteries to “parklands and open space,” which protects them by restricting development.
At least four forgotten and abandoned African American cemeteries have been discovered around the Tampa Bay area since 2019, including at least two in Tampa.

In response, a group of University of South Florida professors created the Black Cemetery Network; they hope to tell the stories of lost cemeteries nationwide.

Gov. Ron DeSantis also signed a bill into law in June 2021 that creates a 10-member task force to study such cemeteries around Florida. 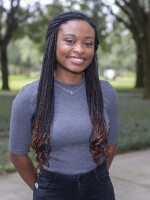 Victoria Crosdale
I am the WUSF Rush Family Multimedia Intern for spring 2022.
See stories by Victoria Crosdale
Hurricane Guide
What you need to know to prepare and stay informed during a storm.
Read more