Tampa city council members learned Thursday they can not sue the state for its planned widening of Interstate 275.

Council members wanted to know if they could sue to stop the Florida Department of Transportation from adding an express lane through Tampa Heights.

He added the project is in its planning stages, meaning it's not the right time for a lawsuit.

"The issue has not come to a head yet. The money has not been appropriated; the final plans have not been done, so we’ve determined that even if you do have standing- which you don’t, it is not ripe," Territo said.

Last week, dozens of Tampa Heights residents told the council they want to stop the proposed highway expansion. The residents have also started online petitions to stop the expansion. 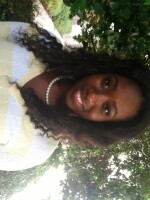