The state has vaccinated 64 percent of those over the age of 18, but vaccine hesitancy continues to be a barrier, especially among younger Floridians.

Florida is not going to match President Joe Biden’s goal of vaccinating at least 70 percent of all U.S. adults by July Fourth.

So far, about 64 percent of those over the age of 18 have received at least one dose of a COVID-19 vaccine, according to the Centers for Disease Control and Prevention.

Though the country as a whole is coming close to meeting Biden’s updated goal of vaccinating 70 percent of adults 27 and older by the end of the holiday weekend, Florida has a ways to go.

At least 20 states have either surpassed Biden’s benchmark or will most likely achieve that goal by the July Fourth deadline.

Compared to other states, Florida falls among the middle of the pack when it comes to vaccinating it’s population, said Jason Salemi, an epidemiologist and associate professor at the University of South Florida College of Public Health.

Florida ranks 24th nationally in terms of fully vaccinated people and 37th among residents who have received at least one dose.

Florida’s rate of vaccination is concerning, especially that the highly contagious delta variant is spreading rapidly in the state, Salemi said.

“In places where we’re seeing these increased prevalence of variants, like the delta variant, they were noticing in some of their hospitals, more hospitalizations for COVID-19 than they had even experienced in the winter surge,” Salemi said. “Clearly, we are not out of the woods yet.”

Although national rankings can provide insights into trends relating to the spread of the virus, Salami noted that outbreaks at this point in the pandemic will vary significantly even from county to county due to vaccination rates. That means managing the pandemic has shifted more to a localized response within cities and counties.

So much of the country's response at this point should be focused on the community level, Salemi said.

“The reason I bring that up is because I don't think it's just an issue of why Florida is having trouble,” he said. “A great many states have been having challenges getting enough people to come out to meet that 70 percent deadline. I think the approach that we need to take at this point is hyper-local and be very tailored to the community that we're dealing with.”

On a statewide level, Florida has done well at vaccinating the state’s seniors, but vaccine hesitancy continues to be a barrier, especially among younger Floridians.

The state says only 28 percent of residents between ages 12 and 19 have received at least one dose.

There's a variety of reasons why young people may be hesitant to get a shot, Salemi said.

“Part of that is because they think that the vaccine can do damage to them,” he said. “Others likely view their own risk of serious illness as exceedingly small.”

However, both these assumptions are incorrect, Salemi said.

Vaccinations appear to decrease the younger the age and depending on social-economic status, he said. Young people who were of lower income, had less education or lacked access to health insurance tended to be unvaccinated, Salemi said. They also suffer worse health outcomes from the virus, including more hospitalizations and deaths, he said.

Ultimately, no matter the vaccination goal, Salemi said Florida should strive to vaccinate as many people as possible.

“Markers almost give this false sense of security because as soon as we hit 70 percent, we think that we've achieved the goal, and that we can take our foot off the gas pedal, but that is absolutely not true,” he said. “The goal needs to be: get as many people of vaccine eligible age vaccinated as soon as possible. And we should continue to talk about the benefits of vaccination and address concerns for those that are vaccine hesitant.” 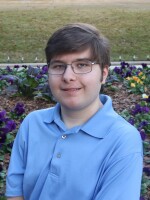