Two infants died in Hillsborough County this month as a result of co-sleeping, a practice where parents sleep in the same bed as their babies.

According to Hillsborough County Sheriff Chad Chronister, eight children died from co-sleeping and seven suffocated in unsafe sleeping environments in 2018.

The Sheriff's Office has created a public service announcement to alert parents to the dangers of sleeping with their children.

“Not only can you roll over on your child, but your baby can also get trapped between the mattress and the wall, or suffocate from blankets, pillows and stuffed animals,” Chronister says in the video.

About 3,500 babies die due to sleep-related accidents every year in the United States.

According to University of South Florida Health Pediatrician Dr. John McCormick, co-sleeping has no long-term benefits for children. In fact, it raises increases the danger.

“It does not help the child at all to co-sleep. It is only making things convenient for the parents, and that could result in the death of their child and is just not worth the risk,” said McCormick. “The children do so well not co-sleeping. There’s no reason why they can’t be held and then placed into a safe sleeping area after they fall asleep.”

According to a 2015 report from the Centers for Disease Control and Prevention, over 60% of mothers reported sharing beds with their baby.

In the PSA, Chronister reminds parents the safest place for a baby to sleep is in their own crib or bassinet.

“Remember, a baby isn’t developed enough to let you know when they’re in a bad spot, if they can’t move or can’t breathe,” said Chronister.

The American Academy of Pediatrics recommends placing babies on their backs, using firm sleep surfaces, and giving them their own place to sleep. Parents should also keep soft bedding and toys out of a baby’s sleep area to reduce the risk of suffocation. 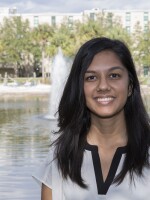