An action plan with a “Vision Zero” approach to end pedestrian deaths in Pinellas County was approved at a recent commission meeting.

Pinellas County Commissioners have decided to move forward with a plan to reduce pedestrian and bicyclist deaths to zero by 2045.

Nationwide, more pedestrian deaths took place in 2016 through 2019, the four most recent years on record, than in any year since 1990. According to the group, Smart Growth America, over 6,200 pedestrians were killed in 2019 alone.

On average, two deaths or injuries by motor vehicles occur each day in Pinellas County, according to the Safe Streets Pinellas Task Force.

“We do have a serious injury and fatality problem in Pinellas County on our roadways,”

“We look at the lowest number of fatalities, and serious injuries on a roadway over the last five years. And we're above that, so we want to get back to where we were, say in 2014 or 2015.”

Forward Pinellas planner Sarah Caper expanded more on “Vision Zero” and its purpose during a presentation in April.

“Vision Zero is a transportation safety philosophy, it's based on the idea that it’s not okay for anyone to lose their life for the sake of mobility,” said Caper.

Vision Zero, which aims at eliminating all traffic fatalities and severe injuries, uses a different approach to street safety — it doesn’t treat human error as an inevitable side effect of transportation, but instead utilizes it.

“We know that humans make mistakes, and we need to incorporate our engineering and planning to account for that,” Caper added.

Pinellas County was encouraged to adopt the action plan after St. Petersburg became the first city to participate in the Safe Streets Pinellas Vision Zero effort.

Forward Pinellas officials hope other cities in the county do the same.

“I think the first thing is awareness, the second thing is looking at roads where design modifications can help reinforce people going the speed limit, because speeding and reckless driving are two of our biggest factors,” Blanton said.

With the primary goal of eliminating all roadway fatalities and severe injuries by 2045, Pinellas County will adopt a safety target every two years to do so. 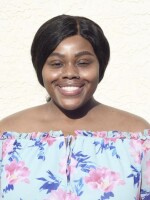 Carica Astrel
Carica Astrel is a WUSF/USF Zimmerman School digital news intern for the summer of 2021.
See stories by Carica Astrel
Hurricane Guide
What you need to know to prepare and stay informed during a storm.
Read more