Gasparilla 2023: Everything you need to know ahead of the pirate parade and festivities

It's time for Tampa's yearly tradition of pirate invasions, flotilla, and hundreds of thousands of parade-goers flocking downtown to take it all in.

WWE Hall of Famer Ric Flair will serve as Grand Marshal for the official pirate fest on Jan. 28. Flair is a 16-time professional wrestling heavyweight champion, and one of only eight wrestlers to be inducted twice to the WWE Hall of Fame.

Sergeant Major Matt Parrish will join Flair in the role of Grand Marshal. Parrish is the Senior Enlisted Leader for the U.S. Special Operations Command Preservation of the Force and Family Program, and has completed multiple tours of duty to Iraq, Afghanistan and Central and South America.

Ye Mystic Krewe of Gasparilla and the festival have been a part of the culture of Tampa for more than a century. The parade began in 1904, and has since only been canceled for World Wars and a global pandemic, according to the Krewe's website.

On the day of the invasion, the crusaders typically sail up to the Tampa Convention Center, where they demand the key to the city. However, the city seems to believe the pirates might have something different in mind for this year's festivities.

The city released this video, revealing the Gasparilla pirates’ prize for the year: the city seal.

The city of Tampa news release states that the members of Ye Mystic Krewe of Gasparilla believe there is a treasure map on the back of the seal which will lead them to a cache of treasure.

Experts advise that citizens should never come into contact with pirates unprepared. Below is all the information necessary to prepare for the invasion and festivities.

The first event on Sat., Jan. 21 will be the Gasparilla Preschoolers Stroll, an event for children under 5 and their families. Registration is required to take part in this half-mile walk down Bayshore Boulevard, and costumes are encouraged. The registration application is Jan. 18. Check-in will begin at noon at Howard Avenue, and the stroll will begin at 2 p.m.

This year's Air Invasion event will include a skywriting flight by Ghostwriter Airshows, as well as a parachute jump by The Chuters Demonstration Team. The event will start at noon and continue until the parade begins at 4 p.m.

The Gasparilla Nighttime Air Invasion will begin following the parade at 6:30 p.m. It will end with a "Pitatechnic finale" that will continue until 7:30.
The Children's Gasparilla Parade will begin at Bay to Bay Boulevard and travel north along Bayshore Drive to Edison Avenue. Reserved seating is available but not required, and the parade will be broadcast and streamed live on FOX 13 News.

Parking will be available at city-run garages and lots, and also at some local businesses. A free trolley will be running on Bayshore Drive from Platt Street to Bay to Bay Boulevard.

Ye Mystic Krewe of Gasparilla will conduct its annual invasion Saturday, Jan. 28, from 11:30 a.m. to 1 p.m. Tickets are required for the Invasion Brunch in the Tampa Convention Center, which will begin at 9:30 a.m.
The Parade of Pirates will begin at 2 p.m. Reserved seating tickets will be required. Parking is available at the Tampa Convention Center and throughout downtown, but will fill up quickly.

The evening's Pirate fest will include live music. The entertainment lineup has not been announced, but the schedule and locations can be found online.

Transportation
HART announced it will operate extra bus service Saturday to accommodate for parade transportation needs. Routes 1,7, 8, 10, 14, 19, 30, and 360LX will be on detour as a result of the festival.

HART will also run the TECO Streetcar System, which will be free to ride. Streetcars will run continuously from 8:30 a.m. to 2 a.m. 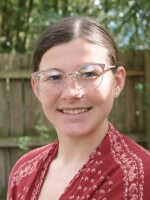