Fourth of July is fast approaching, which means it’s time to start planning which fun-filled events to attend throughout the greater Tampa Bay region.

With some celebrations having faced cancellations or restrictions in 2021 due to COVID-19, several cities are ready to bring back their annual Independence Day fun and games.

READ MORE: Some cities cancel Fourth of July fireworks because of shortages and fire concerns

Check out the list of events below to figure out where you should set up your lawn chair to watch the night sky light up.

Zephyrhills Summerfest is returning to Zephyr Park this year from 12 p.m.-9 p.m. with local food trucks and restaurants, cold treats, lemonade, a performance from DJ Emcee, as well as live bands. There will be a kids’ zone, bouncers, waterslides, cooling activities, family games, and a 30-minute fireworks show over Zephyr Lake at dark.

St. Petersburg is hosting a three-day Independence Day celebration with a wide range of activities at various locations in the city, including the inaugural St. Pete Pier Run, silent disco, Gulp Coast Craft Beer Garden, food trucks and vendors, a pie-eating contest, live music on the Visit St. Pete Clearwater Main Stage, karaoke, roaming entertainers and more. The traditional Fourth of July fireworks show will take place July 4 at 9 p.m. (but can start as early as 8:30 p.m. and as late as 10 p.m. depending on the weather) and will be visible from the entire downtown waterfront.

Dr. Martin Luther King Jr. Park will be the site for Rockin’ Freedom Fest from 5-9 p.m. The festival will start with a rededication ceremony of the newly renovated park, then live music from the Bay Kings Band, along with food trucks, a ski show honoring the 100th anniversary of water ski, and a fireworks show.

NBP Fireworks on the Lake - Sarasota

Sarasota is hosting its Fourth of July event at Nathan Benderson Park with live music, family fun, and a fireworks display starting just after 9 p.m. Optionally, event-goers can pay a registration fee and participate in a Fireworks 4-Miler, where runners and walkers can follow a four-mile course around the park’s competition lake before sunset. Gates open at 5 p.m. and music starts at 5:30 p.m. Admission is free with parking by ticket, and classic American fare and drinks will be available for purchase.

Dunedin Parks & Recreation is putting on its Fourth of July celebration at TD Ballpark with gates opening at 7 p.m. Bay Kings band will perform from 7-10:45 p.m. with a break for fireworks at 9 p.m., a viewing of “Angels in the Outfield” will start at 7:15 p.m. and the fireworks show will begin at 9:15 p.m. The event is free to attend with concessions available.

The Red, White & Kaboom Independence Celebration will take place at Lake Mirror along the Frances Langford Promenade from 6-9 p.m. with Andrew Luv & the Franchise Players performing before the fireworks display launches at 9 p.m. The event sponsors request all those attending to bring a canned food item that will help benefit Volunteers in Service to the Elderly.

Boom by the Bay - Tampa

Tampa is hosting a Fourth of July extravaganza with five different event locations starting at various times throughout the day and three different firework locations. The day’s festivities include live music and entertainment, food trucks, a water ski show, a family fun area, a kid zone, a hot dog eating competition and the Friends of the Riverwalk July 4th Boat Parade and Blessing of the Fleet. Boom on the Bayshore, the largest firework display, will start at 7 p.m. by Bayshore Boulevard south of Davis Islands Bridge.

Clearwater’s Independence Day celebration kicks off at 6 p.m. at BayCare Ballpark with a concert by The Black Honkeys Band, giveaways and activities for children of all ages. The event will conclude with a music-choreographed fireworks show at 9:15 p.m. Tickets are $5 and culinary concessions as well as adult beverages will be available for purchase.

Fourth of July Picnic in the Park - Tarpon Springs

The city of Tarpon Springs will be hosting its annual Fourth of July Picnic in the Park at Craig Park from 10 a.m. until 2 p.m. The festivities include a live band performance from 11 a.m. until 2 p.m., along with water slides, food, drinks and a hot dog eating contest for ages 16 and up. Fireworks will begin around 8:30 p.m., and the best viewing area will be Fred Howard Park.

Fireworks will be shot from the beach near Gulf Front Park starting at 9 p.m.

Largo Central Park will host live music and fireworks starting at 6 p.m. The lineup includes Dave Matthews Acoustic Tribute at 6:30 p.m., Florida Man Band at 7:45 p.m. and the Indian Rocks Baptist Church Choir at 9 p.m. The event is free with food and beverage vendors on the grounds and limited on-site parking for $10.

Neal McCoy will headline this year’s festival at Sutton Park, starting at 7 p.m. with opener Lazy Bonez performing at 5 p.m. Fireworks, provided through a partnership between Brandenton, Manatee County and Palmetto, will follow the concert. The concert and fireworks are free to the public, and local food and beverage vendors will be available.

The city of Temple Terrace will be putting on its 47th annual Independence Day Celebration. Festivities will include music from Charlie Imes & the Sun Dogs, roaming entertainment from magician Cory Van Valin and a parade starting at Whiteway & Gillette and ending at the Little League baseball field.

The American Legion Post 238 will host a patriotic parade down Main Street on the morning of July 4 from 10 a.m. to noon. Free snow cones, water, juice, cookies, and popcorn will be provided, as well as live patriotic music and presentations. From 5-9 p.m. Safety Harbor will host its July 4th Celebration at Waterfront Park. There will be children’s activities, live entertainment, food vendors and a fireworks display that will start at 9 p.m.

The city of Gulfport has an all-day Independence Day celebration planned from 8 a.m. to 10 p.m. in the Downtown Waterfront District. Events include a kids’ fishing derby, a family sand sculpture contest, a parade on Beach Boulevard at 6 p.m., music by the New Horizons Band starting at 7 p.m. and a fireworks show at 9 p.m.

The Flying Tigers annual Independence Day fireworks extravaganza is returning this year. The game time is 5 p.m., and following the game, the Sofa Kings will entertain with live music (time permitting), followed by a fireworks show. Baseball game tickets are $7 and $10.

The city of Plant City is hosting its free Fourth of July Event at Plant CIty Stadium with $5 parking. Activities include corn hole, balloon art, face painting, inflatables, a rock wall and tug-o-war. There will be concession stands, food vendors, a 50-50 drawing, stage entertainment and a fireworks show to close the evening. The stadium gates open at 6 p.m. and fireworks start at 9:15 p.m. 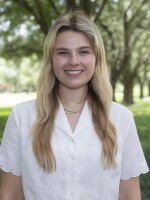 Sarah Petrowich
Sarah Petrowich is the WUSF Stephen Noble Social Media intern for summer of 2022.
See stories by Sarah Petrowich
Hurricane Guide
What you need to know to prepare and stay informed during a storm.
Read more
Latest Stories
NPR
Related Content
WUSF 89.7 depends on donors for the funding it takes to provide you the most trusted source of news and information here in town, across our state, and around the world. Support WUSF now by giving monthly, or make a one-time donation online.
Donate Now
Editorial Integrity and Code of Ethics
Read More
WUSF Social Media Commenting Policy
Read More