Doctors who perform abortions say they're seeing a lot more interest in sterilization procedures in the wake of the Supreme Court's decision overturning Roe v. Wade and not just in states that have already banned or severely restricted access to abortion care. Montana Public Radio's Aaron Bolton reports.

AARON BOLTON, BYLINE: At a local park in Helena, Mont., a handful of friends gather under a large pine tree for what they have dubbed a sterilization shower, and they toast 25-year-old Dani Marietti, who is getting her fallopian tubes surgically removed later this month.

UNIDENTIFIED PERSON #1: Cheers to a happy, healthy and quick recovery.

UNIDENTIFIED PERSON #2: And a sterilized future.

BOLTON: Marietti is a full-time grad student, and she doesn't want kids to get in the way of her career.

DANI MARIETTI: I always kind of knew I like - I didn't want children. And of course, you know, when you say that as a younger person, everyone's like, oh, you'll change your mind or just wait till you find the one or, you know, whatever.

BOLTON: But after the Supreme Court decision to overturn federal abortion protections leaked in May, she found a doctor who would sterilize her. Abortion remains legal in Montana, but there is a push by state Republicans to overturn the state Constitution's right to privacy, which has protected abortion care for decades. And doctors here say they are seeing an influx of young patients anxious about what might change. Bozeman obstetrician-gynecologist Marilee Simons says her hospital has blocked out one doctor's schedule two days a week for nothing but sterilization consultations.

MARILEE SIMONS: And I am seeing women coming in who are already doing, you know, long-acting contraceptive methods who are requesting sterilization because they're still worried about an unintended pregnancy and what that might mean in future.

BOLTON: It's not just Montana. North Carolina doctor Kavita Arora chairs the American College of Obstetricians and Gynecologists' ethics committee. She says doctors across the country report more patients following through with scheduling procedures because of the Supreme Court's ruling.

KAVITA ARORA: Just the other day in the operating room - before rolling back, in the preoperative area, a patient told me she wanted to have autonomous control over her body. And this was her way of ensuring that she was the person who got to make the decisions.

BOLTON: Planned Parenthood says web traffic to information about sterilization is up over 2,000% in recent weeks. Anecdotally, clinics that perform vasectomies are also reporting increased interest. Megan Kavanaugh is a researcher with the Guttmacher Institute, which supports abortion rights. She says the fall of federal protections have also raised fears over future legal attacks on contraception.

MEGAN KAVANAUGH: I think there's a lot of indications that all people are kind of scrambling to figure out what this decision might mean for their own personal bodily autonomy, their own reproductive decisions.

BOLTON: There's no exact count on how many people are scheduling sterilizations after the Dobbs decision yet. Guttmacher is conducting a national survey, but those results won't be released until next year. And finding a doctor who can and will perform sterilizations isn't the only barrier for patients. Shandel Buckalew, who's 31 and lives in Billings, Mont., is uninsured. She says it's an emotional balancing act, deciding whether to go into medical debt or risk a pregnancy she can't afford.

BOLTON: Buckalew, who works in retail, is trying to get medical insurance before her current IUD needs replacing in the next two years. She fears her options to either terminate a pregnancy or access contraception could be more limited than they are now. For NPR News, I'm Aaron Bolton in Columbia Falls, Mont. 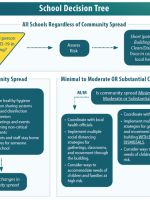 Aaron Bolton
Aaron is Montana Public Radio's Flathead reporter.
What Issues Matter To You?
What do you want to know before voting in local and state elections this year? WUSF is here to help.
Tell Us