Community health centers in Florida will get $39.7 million in American Rescue Plan funds and part of it will go to clinics in the greater Tampa Bay region.

Federal funding from the American Rescue Plan will help Community Health Centers of Pinellas relocate and expand its Clearwater services for women and children from underserved communities.

The Pinellas not-for-profit will receive $1.1 million from the $1 billion in federal funding announced Sept. 28 for 1,300 health centers around the country. Florida’s share of the funding totaled $39.7 million.

Community Health Centers of Pinellas will use the money to renovate a 10,000 square-foot building it is purchasing in Clearwater’s Milton Park.

The centers’ pediatric and women’s health services, including OB-GYN for expecting mothers, will relocate to the new building from an existing location on Druid Road, which offers a range of other medical services.

He expects the center to serve a minimum of 5,000 patients per year.

“They will be able to create independent clusters of health care for women and children,” Kucher said. “That will obviously provide a better, more welcoming environment. And what is most important is that (the funding will) allow us to expand our services and see more clients.”

The grant will be awarded over a three-year period, he said. The new facility could open as early as the end of next year.

The funding will cover a majority of the cost of renovations for the initial phase of the 4,600 square-foot project, Kucher said. The non-profit will eventually renovate the building’s remaining 5,400 square feet.

The health centers are expanding and relocating the clinic in order to meet community demand, Kucher said.

“We're following our strategic plan and looking at the area based on need,” he said. “The Clearwater center at this point in time, we believed was our highest need for expansion because we just couldn't provide a volume of services needed for the community out of our current location.”

In Clearwater alone, Community Health Centers of Pinellas serves around 20,000 patients a year for services ranging from medical to dental. More than 85% of the patients served make less than 100% of the federal poverty level, which is $26,500 for a family of four.

Kucher said about 55% of patients are on Medicare while about 30% are uninsured.

“By nature, we are trying to serve everybody who needs care,” Kucher said. “We're very open. A majority of our clients are uninsured and folks on Medicaid and Medicare, but we also have a large private insurance population, especially expanded services for folks who get coverage from the Affordable Care Act.” 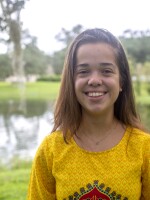 Leda Alvim
Leda Alvim is the WUSF/Health News Florida intern for the fall of 2021.
See stories by Leda Alvim
Latest Stories
NPR
2021 Hurricane Season
Latest news and what you need to know this hurricane season.
Read more
WUSF 89.7 depends on donors for the funding it takes to provide you the most trusted source of news and information here in town, across our state, and around the world. Support WUSF now by giving monthly, or make a one-time donation online.
Donate Now
Related Content