Randall Goosby just got his big break — or one of them, at least. His debut album was released June 25, and it's been the talk of the classical music world. But long before this recording, Randall enjoyed a constant stream of early successes: a concerto debut at age 9, major competition wins, performances with the New York Philharmonic and Cleveland Orchestra, and glowing attention from the press, not to mention the mentorship of violin deity Itzhak Perlman.

There are dangers to this kind of early start. It's easy to get stuck on a career treadmill — a child-prodigy jog that accelerates to a star-soloist sprint. To stay on solid ground, you have to be connected to your true foundation, even to your roots.

Randall, like me, is a member of the Sphinx Organization family, and a beneficiary of that organization's generous financial, creative and moral support. Sphinx is now going on 25 years of advocating for diversity in classical music and supporting artists of color. Randall has grown up within the organization's embrace; at 13, he became the youngest participant ever to win the Sphinx Concerto Competition, and it was then that he first encountered the music of Black composers, as a competition requirement. It made more of an impact than he realized at the time. Twelve years later, he recognizes that it awakened something — an understanding of lineage, a sense of belonging, a connection to his musical roots.

And that's what his new album is called: Roots. It's devoted to music by Black composers who came before us, whose music shaped the American sound, whose lives made ours possible. This is how Randall is presenting himself to the world, ready to take his place in this lineage, grateful to pay tribute to his ancestors, and eager to teach the next generation that your roots can hold you steady, help you grow and give you wings. 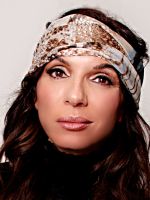 Lara Downes
Lara Downes is among the foremost American pianists of her generation, a trailblazer both on and off the stage, whose musical roadmap seeks inspiration from the legacies of history, family and collective memory. As a chart-topping recording artist, a powerfully charismatic performer, a curator and tastemaker, Downes is recognized as a cultural visionary on the national arts scene.
Hurricane Guide
What you need to know as hurricane season approaches.
Read more
Latest Stories
Special Report
WUSF is reporting on how distribution of the COVID-19 vaccine exposes inequities in Florida’s health care system.
Read More
WUSF 89.7 depends on donors for the funding it takes to provide you the most trusted source of news and information here in town, across our state, and around the world. Support WUSF now by giving monthly, or make a one-time donation online.
Donate Now