So You're Thinking About Eating A Cicada: Tips From A Cicada Enthusiast

If you haven't already heard...

SHAPIRO: ...Brood X cicadas are still singing across parts of the U.S. including here in Washington, D.C.

Most of us look and we see bugs - big red eyes, crawly insect legs, meandering flight paths. Others see a snack.

BORGERSON: It's very similar to kind of a cross between a light pork flavor and something kind of nutty, like sunflower seeds.

SHAPIRO: Borgerson says this Brood X emergence is the perfect time to take a bite or more of cicada.

KELLY: Before you pop that first one in your mouth, though, people with shellfish allergies should refrain.

BORGERSON: They're all arthropods. So if you're allergic to other types of crustaceans or shellfish, then that's in the same family as other insects. So you should be avoiding insects.

KELLY: Yeah, like where have they been? Remember; the cicadas have been underground 17 years, which means they may have been soaking in not-so-lovely chemicals and pesticides.

BORGERSON: I would never select a place to harvest cicadas where I wasn't comfortable gardening. So you want to think about - is there any potential for heavy metal contamination in the soil? What types of pesticides are being used? And the history of land use as well.

SHAPIRO: Then once you found a good spot, the question is, which ones do you want to grab?

BORGERSON: My perfect choice for a cicada, what I'm looking for, is a teneral cicada.

BORGERSON: They do a backbend, and they unfurl their wings. It's like watching a butterfly emerge from a cocoon. It's incredible. They're really pale. That pale stage is what you really want to harvest.

KELLY: That's because they are softer, which Borgerson says allows them to cook more evenly. Now, the nymphal stage - that's when they look like little beans just emerged from the ground - that is her second favorite stage to eat.

SHAPIRO: Once you've grabbed a stash of cicadas, don't leave them out on your counter for too long. If you don't plan to cook them right away, Borgerson suggests freezing them to keep them fresh.

KELLY: If you're like D.C. resident Tucker Jones, it also gives you time to get used to the idea. He has foraged for plants to eat before, but this was his first time harvesting bugs.

TUCKER JONES: I kept them kind of in my freezer for a week after harvesting because even after all of that, I was still a little squeamish.

SHAPIRO: So what helped him take that first bite?

JONES: A woman who I was on a date with was interested in this, and so she came over, and we together cleaned the cicadas and then oiled them, stir-fried them and served them over grits. And I have my leftovers now. They turned out pretty good, I think. It has a little bit of a crunch to it, but it's not like there is, like, the sort of feeling of popcorn kernels stuck between your teeth.

SHAPIRO: Yeah, but what we really want to know is, how was the date?

KELLY: Yeah, and was there a second one? (Laughter). 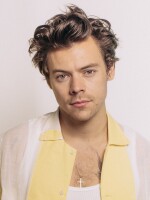 Mallory Yu
Justine Kenin
Hurricane Guide
What you need to know as hurricane season approaches.
Read more
Latest Stories
Special Report
WUSF is reporting on how distribution of the COVID-19 vaccine exposes inequities in Florida’s health care system.
Read More
WUSF 89.7 depends on donors for the funding it takes to provide you the most trusted source of news and information here in town, across our state, and around the world. Support WUSF now by giving monthly, or make a one-time donation online.
Donate Now