'Dead Souls' Is A Smart Book, In Some Ways A Good One — Also, It's Unreadable

In a scene close to the end of the English poet and publisher Sam Riviere's debut novel Dead Souls, a twice-disgraced poetry plagiarist named Solomon Wiese explains that, before he got expelled from the literary establishment, he never listened when people complimented his work. In the sycophantic poetry community, Wiese declares, praise springs from "monstrous insincerity," and is, therefore, deadly. As a critic who strives to be completely honest, I can't help but take this proclamation as a bit of an insult — what am I, chopped liver? — but still, I know it holds truth. In general, I feel similarly toward Dead Souls. Riviere is sharp and funny, and he fills his novel with insights that are both rude and correct. It is undeniably a smart book, and, in certain ways, a good one. That said, it is unreadable.

Dead Souls takes place during one long night at the bar of a London Travelodge, where Wiese tells the story of his downfall to the narrator, a supremely irritating, hyper-self-conscious poetry magazine editor. It has no paragraph breaks, no chapters, almost no plot, and no interest whatsoever in life outside the publishing industry. (Could it be set in Brooklyn? It could.) Nor is it interested in creating a nuanced, intriguing, or even three-dimensional portrait of Publishing World for readers who may not already be involved — or, to use the narrator's preferred word, embroiled — in the literary sphere. Instead, Riviere works from the premise that "[f]or a long time now there had been no poetry in the poetry." According to his narrator, nearly all contemporary poetry is so derivative and bad that it barely deserves the name. His prose is dense with satire, but, stripped down, it seems to ask three plaintive, linked questions: How did poetry get so phony? What even is real poetry? And, whatever it is, will it ever be back again?

This nameless narrator limits Riviere severely. He's repressed, status- and self-obsessed, and utterly resistant to most types of meaningful thought.

All three questions are indisputably valid. Riviere has good answers to the first: he skewers publishing for ignoring rural and regional writers, for being too driven by social pressure, and for being all but inaccessible to anyone whose parents can't support them financially. He's also clever on the self-serving, often vacuous nature of social media praise and pile-ons, which he satirizes well. In order to answer the second and third questions, though, he'd have to venture outside irony, which his narrator is incapable of doing. This nameless narrator limits Riviere severely. He's repressed, status- and self-obsessed, and utterly resistant to most types of meaningful thought. He devotes the bulk of his intellectual efforts to "microanalysis of the ethics of [any] situation, which, despite the amount of time and energy I seemed to expend on it, I regarded basically as a private entertainment." It is a great relief, when Wiese begins his monologue, to escape the narrator somewhat — but Riviere never lets us escape completely. We receive Wiese's tale via the narrator, which means that we get it stripped of empathy or artistic concern.

Perhaps I shouldn't blame the narrator, who is, after all, Riviere's invention. It is certainly Riviere's choice to exclude non-participants in Publishing World from Dead Souls. Inside jokes (tote bags! Ha!) abound; explanations or extrapolations to the rest of society, not so much. Wiese may believe that his "poetic destiny" is to produce "a work of real art," but he is so plainly a charlatan that I struggle to imagine any reader who wishes to write good poetry — or create good art of any sort — choosing to spend time with him. I am not, to be clear, complaining that he's not likeable; rather, as I read, I found myself thinking often of the fiction-writing protagonist of Lily King's Writers & Lovers, who refuses to date a guy with writer's block because "[t]hat kind of thing is contagious." Wiese's B.S. seems contagious, too. Riviere writes him as a personification of Publishing World: He absorbs the whole poetry ecosystem, then regurgitates it so obviously that he gets caught and shamed for plagiarism not once, but twice.

Dead Souls plainly takes inspiration from two writers: Thomas Bernhard, king of the single-paragraph novel, and Roberto Bolaño, who founded a poetry movement in Mexico in the 1970s, then wrote an exceptional novel, The Savage Detectives, about a made-up poetry movement much like his own. It is my personal, unshakable belief that writing without paragraphs is a middle finger to the reader, which suits Bernhard; his books are rageful howls. Dead Souls is a gripe. Gripes, by me, should have breaks in them. As far as the resemblance between Dead Souls and The Savage Detectives goes, I will say only that the latter loves poetry; the former doesn't even know what poetry is. It seems unsurprising, then, that while Bolaño's novel overflows with joy, excitement, confusion, and humor, Riviere's is fundamentally dried out. It is a collection of ideas with no emotion. Why turn to fiction for that?

Lily Meyer is a writer and translator living in Cincinnati, Ohio. 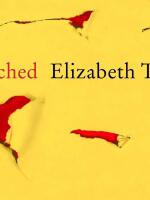