In 'We Are Bridges,' A Writer Resurrects Her Great Grandfather's Memory

In 1904, Burt Bridges was a young husband — his wife Mary pregnant with their first child — and a successful shop owner with big dreams. He refused to surrender his store and "sell" his land to the white mayor of Holmesville, Mississippi.

For keeping his livelihood and providing for his family, Burt Bridges was lynched. Bridges was the great grandfather of Cassandra Lane, author of We Are Bridges: A Memoir, which won the Louise Meriwether First Book Prize.

Burt was hung from a tree to die, possibly burned afterward, his death a cause of celebration by the white men who murdered him. Lane writes that his murderers got off scot-free and "memory washes its hands of it."

We Are Bridges is Lane's resurrection of her great grandfather's memory. Her poignant requiem has deep reverberations today. In the telling, Lane offers her own memoir, and a lesson on both family and American history to the child she carries in utero at the beginning of the book. She honors her elders' admonition that "not telling the whole truth is a lie."

Lane is editor-in-chief of L.A. Parent Magazine. She got pregnant for the first time in high school. Laser focused on career, Lane did not consider keeping that baby. This, in contrast to her mother, an inveterate romantic who went through a series of disappointing and abusive relationships. Lane's mother was pregnant with her fifth and youngest child at the time Lane had her abortion. Nose to the grindstone, Lane went to college, forged a successful path in journalism, married a skilled photographer, and ultimately moved to Los Angeles to get an M.F.A. in writing.

Lane knew her great grandmother Mary — she died when Lane was 11 — but heard only bits of her harrowing story. Mary refused to talk about it. After Burt Bridges was murdered, Mary remarried. Her son Houston, Lane's grandfather and Burt's son, was Mary's only child.

DeRidder, Louisiana — named by a Dutch railroad financier after his sister-in-law — is where Mary and her new husband decamped, something of a "cocoon, as it proved safer than the lynching spirit of Mississippi." DeRidder is also where Lane grew up as part of four generations in a "dilapidated old house" that was roach and rat infested, but that Grandma Avis (Houston's wife) tried to keep beautiful and clean.

Houston and Avis had 9 children, one of them stillborn. Avis emerges as a pillar of her large, troubled family, having lost her mother at 11 and been molested by her father. Houston was well loved at church and in his community. When he returned home, however, he sank into depression. "White folks hung my daddy ... before I was even born," Lane remembers him saying. Lane laments that "No one wanted to engage [Houston] in a discussion about the father-shaped hole in his soul."

Lane's personal trajectory was interrupted in her 30s. She had an affair, her marriage ended, and she got pregnant at age 35, having long sworn off children. This pregnancy was a wake-up call. She began to interrogate her family history, which necessitated an interrogation into American history. She felt compelled to ask: "What is the relationship between ... a love cut short by racial violence and the generational trail of broken people in its wake?"

Lane writes with a poet's sensitivity and her book is a must read for its gorgeous language alone. On being taught whitewashed history by white teachers, she writes: "Dates, chronicling ancient world and U.S. events, slipped and skidded in my memory like shakes in a mudslide." "Weaponizing Trees" is an elegiac chapter about the use of these life-giving forces as instruments to torture and murder Black people. "What is the syntax of racial hate?" she wonders.

Interspersed with chapters about Mary's life and her imagined state of mind in the horrific year of 1904, Lane considers the holes in her own education. At school, Lane learned nothing about the horrors of American slavery, nothing about Jim Crow, nothing about the real history of Black people in America. She attributes this miseducation to white supremacy and finds the lack to be a national affliction. "Not knowing one's story is like being buried alive." Of Jim Crow's murderous reign of terror, Lane writes: "They swung rope after lynching rope. They burned 'black wall streets," (e.g. Tulsa, OK, and Wilmington, N.C.).

Lane notes that we aren't taught whose land we sit on and "own"; we don't learn where traditions come from. People may love Creole food, but how can that food be replicated when it "has much to do with the actual burdens of living those lives?"

Lane asks: Why aren't these lessons in our schoolbooks? She is intent on sharing them with her growing son and in so doing, rooting him in family and country. At the end of the book, she learns that her great grandmother Mary was just 15 at the time of her son's birth, and by inference, her husband's lynching.

With this debut volume, Lane has written Burt Bridges into history. We Are Bridges makes a stunning contribution to what must become our collective memory.

Martha Anne Toll is a D.C. based writer and reviewer. Her debut novel, Three Muses, won the Petrichor Prize for Finely Crafted Fiction and is forthcoming from Regal House Publishing in Fall 2022. 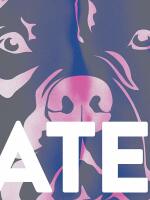 Martha Anne Toll
Piney Point
Coverage of the wastewater spill at the Manatee County processing plant.
Read More
Latest Stories
Special Report
WUSF is reporting on how distribution of the COVID-19 vaccine exposes inequities in Florida’s health care system.
Read More
WUSF 89.7 depends on donors for the funding it takes to provide you the most trusted source of news and information here in town, across our state, and around the world. Support WUSF now by giving monthly, or make a one-time donation online.
Donate Now