The federal government hasn't executed anyone since the year 2003. Now that's set to change in December using a new method for lethal injection. The government says it's an improvement because it requires fewer drugs. And a couple of states, including Georgia, already perform executions using this method.

The thing is, the process is not entirely transparent, so would this really work at the federal level? Emma Peaslee from member station WABE in Atlanta has the story.

EMMA PEASLEE, BYLINE: The federal government used to use a three-drug protocol - one drug to put the person under, another to paralyze the inmate, and then a third to stop the heart. But the government couldn't find all that it needed. Robert Dunham is the director of the Death Penalty Information Center. He says he thinks that's why the U.S. is switching to Georgia's one-drug protocol.

PEASLEE: But it turns out it's still not that easy to get one drug, especially if it's used for executions. Manufacturers and distributors of pentobarbital, the drug needed, don't want it associated with lethal injection. So Georgia, Texas and Missouri, the states the federal government plans to copy, created secrecy laws. Those laws protect the identities of pharmacies.

But the federal government doesn't have a secrecy law, and Dunham says it seems unlikely one would get through Congress anyway. He's not sure that would even matter.

DUNHAM: We don't know how the U.S. government will get the drugs. What we suspect is that the same kind of secrecy that has been in place in some of these states is going to be attempted with the federal government.

PEASLEE: It's that secrecy some advocates in Georgia still have a problem with. The state passed its secrecy law in 2013 after it struggled to get pentobarbital. Since then, Georgia has executed 21 people, including an execution that almost didn't happen. Atlanta TV station WSB was there.

UNIDENTIFIED REPORTER: This execution will be postponed tonight. It's not going to happen tonight.

PEASLEE: Kelly Gissendaner was scheduled to be executed in March 2015 until...

SARA TOTONCHI: Two vials of pentobarbital that they were going to use to kill her were found congealed.

PEASLEE: That's Sara Totonchi, the executive director of the Southern Center for Human Rights. The Georgia Department of Corrections delayed the execution for six months. Totonchi says even now, there are still questions.

TOTONCHI: Why were the drugs concealed? Where were they stored? Where did they come from?

PEASLEE: She says the secrecy law in Georgia means she can't find the answers. Georgia Representative Kevin Tanner says that delayed execution is just proof the state is being careful. He sponsored the secrecy law because, he says, it's the only way to get safe execution drugs.

KEVIN TANNER: It prohibits the state from being able to have a reputable company to be able to provide a good quality product to make sure that it's carried out in the most humane way possible.

PEASLEE: But that hasn't worked out in other states, says Chris McDaniel. He's an investigative reporter who used to write for BuzzFeed. His investigations found in Missouri, for instance, the pharmacy it used to buy execution drugs was not licensed to sell in the state and had committed hundreds of pharmaceutical violations. In Texas, he found the state used a pharmacy that had been repeatedly cited for dangerous practices.

CHRIS MCDANIEL: We've gone well beyond if there is secrecy, state governments could do bad things. We gave them secrecy, and they did bad things.

PEASLEE: McDaniel says it's concerning the federal government wants to follow these models. If the U.S. does try to copy state secrecy, he says it will almost certainly be challenged in court. For NPR News, I'm Emma Peaslee in Atlanta. 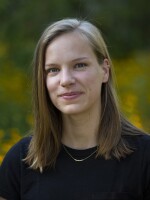 Emma Peaslee
Emma Peaslee is a 2020-21 Kroc Fellow. Before coming to NPR, she reported for Atlanta's member station, WABE. She covered public forums about toxic chemicals leaking into neighborhoods, the world's largest 10K race, and the federal government's plan to resume executions. Peaslee has a master's degree in journalism from the University of North Carolina at Chapel Hill where her work received the 2020 Edward R. Murrow Award for best student newscast. She is a Minnesota native.
Hurricane Guide
What you need to know as hurricane season approaches.
Read more
Latest Stories
Special Report
WUSF is reporting on how distribution of the COVID-19 vaccine exposes inequities in Florida’s health care system.
Read More
WUSF 89.7 depends on donors for the funding it takes to provide you the most trusted source of news and information here in town, across our state, and around the world. Support WUSF now by giving monthly, or make a one-time donation online.
Donate Now