Haitian Activists Use Social Networks To Spread Advice About TPS

Immigration lawyers and Haitian community activists hosted a social media live event on Monday to stress the necessity for recipients of Temporary Protected Status (TPS) to gather their documents and contact a local immigration lawyer if they want to stay in the United States after the program's deadline in January.

The founder of  L’Union Suite,  a website specializing in Haitian affairs, partnered with immigration law professionals to broadcast and discuss TPS in depth.  It's estimated that more than 50,000 Haitians have benefited from the federal program.

“TPS was passed by Congress in 1990 and it gives immigration the power to designate certain countries to receive temporary protected status. There are three different reasons immigration directors are actually able to pick which countries to issue TPS to. So it’s either the country is facing a natural disaster, or it’s facing a civil war, or there is some sort of extraordinary circumstance happening in that country,” said Patricia Elizee.

TPS was granted to Haitians in 2010 by the administration of  President Barack Obama  after the island was severely affected by an earthquake. On May 22, President Donald Trump announced a six-month final extension for Haitians under the program.

Sixty days prior to Haiti’s TPS expiration date, Homeland Security Director  John F. Kelly will re-evaluate Haiti’s condition and vitality to finalize the decision under President Trump’s administration. This evaluation can re-designate Haiti under TPS or eliminate the protection status entirely. This window of time has motivated Haitian-Americans to contact government offices and voice their concerns, stating that Haiti has not healed.

“[We are] trying to make the case, and trying to make the U.S. government understand the reasoning behind extending Temporary Protective Status for Haitians. Understanding the conditions that actually designated Haiti to TPS which was the earthquake, and then from there, we have the cholera outbreak and from there we have Hurricane Matthew,  which as the cholera outbreak was starting to ascend itself, it actually increased and started to go out into the country,” Francesca Menes said.

Many voices participated in the live-stream forum, sending in questions on TPS and voicing their opinion on the future of Haiti.

Frantz Brutus is a Haitian-born United States citizen who immigrated in 1998. He is an entrepreneur who wishes to see Haiti heal. He shared his opinion after the online forum.

“I support TPS if it's for Haitians who learn and acquire skills to take back to Haiti. That strategy has worked for China, Japan, parts of Africa, and even Russia. If Haitians, even Haitian-Americans, spent more time and effort pursuing the reconstruction of our homeland rather than just leaving it behind then proper healing can start in Haiti,” said Frantz Brutus.

The panel is continuing the conversation at 6 p.m. June 1 in a community forum  in Miami at the Little Haiti Cultural Center, 212 NE 59th Terrace.

To view the full live-stream forum and Q&A, click here. 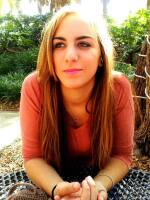 Adrianne Gonzalez
Adrianne Gonzalez is one semester away from completing her Bachelor’s Degree in Broadcast Media at Florida International University.
See stories by Adrianne Gonzalez
Class of COVID-19
Exploring the high costs of the pandemic for children and young adults.
Learn More
Latest Stories
WUSF 89.7 depends on donors for the funding it takes to provide you the most trusted source of news and information here in town, across our state, and around the world. Support WUSF now by giving monthly, or make a one-time donation online.
Donate Now
Related Content